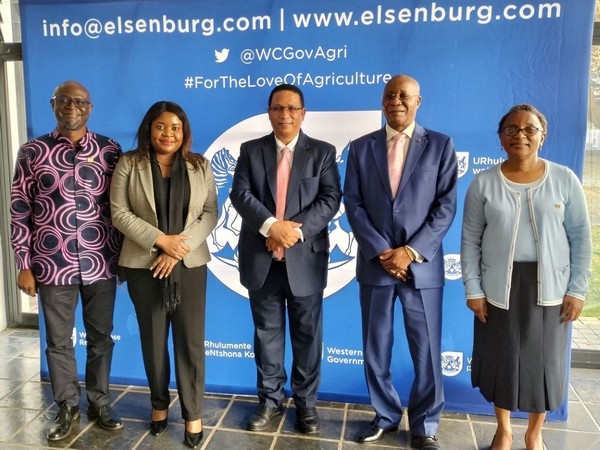 Meyer continues: “Africa is the third-largest market of the Western Cape’s primary agricultural exports, accounting for R4.3 billion in 2021. The African market imports share of 41% for agricultural exports comes from South Africa. Globally it accounts for 2.9% of global imports and contributes 2.8% to the world economy. Furthermore, during 2012-2017, the average annual GDP growth increased by 4.3%, the second fastest-growing economy after Asia at 4.5%.”

Welcoming the strategy, the Consul General of Angola, Mr Sebastião De Carvalho Neto, highlighted that agriculture was the base for economic development and the fight against poverty and hunger.

De Carvalho Neto: ”The Angolan Government is looking at diversifying its economy with a strong focus on agriculture. We are looking at production capacity, innovation and technology and market opportunities. The Department of Agriculture’s African Strategy for the Agricultural Sector lays the platform to strengthen bilateral links and develop a more focused approach to our relationship  with the Western Cape Government, Wesgro and the Department of Agriculture.”

CEO of Agri-Western Cape, Jannie Strydom, says that his organisation is committed to supporting the WCDoA’s African Strategy.

Strydom: “Government can play a crucial role by addressing poor infrastructure, logistical challenges and by facilitating trade relationships. Government must take responsibility for creating and enabling an environment for the private sector to do business.”

Meyer: “With the turbulence in the world and the impact of the war in Ukraine,  Africa is the next centre of agricultural growth, trade and investment. The Africa Continental Free Trade Agreement creates mutually beneficial opportunities to tackle poverty, hunger and food insecurity.”