It is currently a very difficult period for Spanish produce. "The climatic problems in Spain and the well-known trials and tribulations of war are causing high prices for almost all Spanish fruit," says Jan Vermeiren of Exofi. "The night frost has caused an 80 per cent reduction in production in stone fruit in Catalonia and Zaragoza and a 50 per cent reduction in cherries."

"With the Spanish cherries we are now starting up slowly," Jan continues. "We have started with the earlier varieties since 2 weeks and from next week the stronger American varieties will come to us. However, the run-up was difficult; due to limited supply and a rather good demand, because of the nice weather, the prices were particularly high." 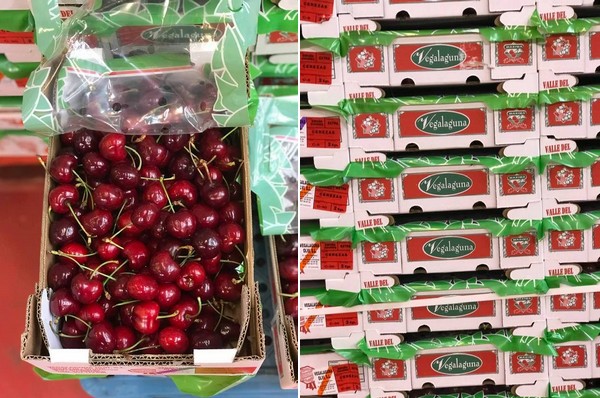 The wholesaler therefore expects a more difficult market for Spanish cherries this year. "Last year was of course a great season for Spanish cherries, because there was a lot of damage to the French and Dutch cherries. As a result, their supply dropped out. However, this year there will be more fruit from different countries. France is in the game again this year and for the Dutch and Belgian cherries, despite the frost and thunderstorms, there seems to be little damage for now."

Most of the cherries Exofi receives are from the Vegalaguna brand. "For six to seven weeks, we receive about four of these cars a week. This is quite a lot for cherries. Qualitatively speaking, these look very good. Moreover, we work with an unloading agent from Zaragoza, who specialises in very large sizes. The 32 plus and 34 plus sizes will also start at the end of this week. So volumes will pick up from next week onwards. We are now at 7 to 8 euros per kilo, but with the larger supply, the prices will slowly come down." 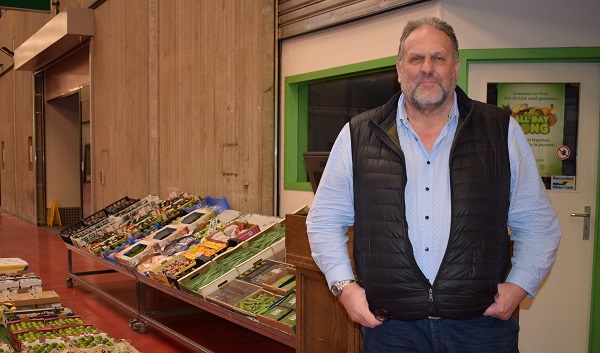 In Spanish stone fruit, Jan sees limited supply on the market. "In the north of Spain there is considerable damage in peaches, apricots and nectarines. The production is, as said, for this reason some 80 percent lower than in other years. For stone fruit, especially nectarines, prices are therefore three times higher than usual."

Sales are also somewhat disappointing for the wholesaler. "We still see a lack of tourism. We focus on retail and more on specialists, such as the hospitality sector. Because of the pandemic, tourists, especially Americans, are still reluctant to travel. Belgians also stay in their own country a bit more, which partly compensates for it. It is just that consumption is also a lot lower. Rising costs mean that consumers are looking more at the price, which has led to a drop in sales of more than 40 per cent. Everyone is struggling at the moment. All in all, we were so happy to be rid of Covid for the most part, but we seem to have gone from the frying pan into the fire," concludes Jan.