Table grape consumption has changed a lot in Brazil with the introduction of new seedless varieties. "Table grapes were not a product with much value in Brazil and their consumption was mostly seasonal. Now, thanks to the introduction of new seedless varieties in recent years, they are increasingly perceived as an attractive and tasty healthy snack. Therefore, their consumption has grown a lot and continues to increase," says Helia Mendonça, sales manager for Brazil of Fazendas Labrunier, the largest producer of table grapes in Brazil, based in Petrolina, in the state of Pernambuco. 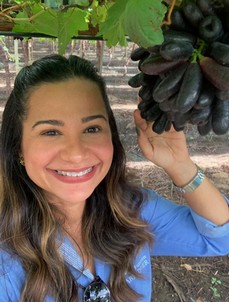 The company was acquired 3 years ago by the Spanish Grupo El Ciruelo, thus becoming the largest table grape supplier in the world led by José Velasco. This grape giant continues to invest in varietal improvement projects in order to boost table grape consumption in the Brazilian market, as well as in other countries to which it exports.

One of the most notable projects is the one devoted to varietal change. The company is investing heavily in new varieties from the world's leading fruit developers, and its 900 hectares offer a portfolio of varieties that have not yet been fully developed and made available to the market.

"Brazil has a great predilection for seedless white grapes, so varieties such as the Autumn Crisp, from SunWorld; Sugar Crisp, from IFG; Arra 15, from Grappa, or Timpson, from SNFL, among others, are quite successful. Our company has been a pioneer in introducing special varieties such as IFG's Cotton Candy or Candy Snaps and, although Brazilian consumers are generally not willing to pay the prices offered in the US and European markets, we get some interesting margins," explains Helia Mendonça. 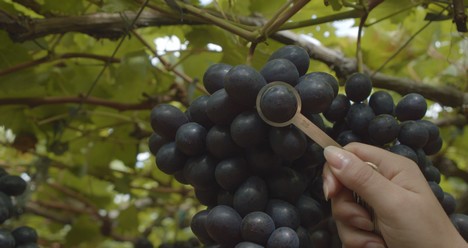 After white grapes, one of the varieties that grew the most, according to Labrunier's commercial director, is the Vitoria grape, a black variety, developed in Brazil. "It is a variety with small berries and many clusters which are extremely tasty. Besides, since it does not require royalties, it also offers lower production and marketing costs. Even though the Brazilian market is mainly interested in white grapes, the Vitoria is achieving a considerable share of consumption, but, since the production is not controlled, there have been large concentrations in the supply that have resulted in low prices in the domestic market."

Another outstanding project is the investment in technology for the use of plastics in agriculture, which is being implemented in Labrunier's estates. This is allowing for better protection of the plantations before the arrival of rains in the region, a factor that has so far brought much risk to vineyards in Brazil. "This investment has provided several benefits, adding value and quality to our product," he says. "Also noteworthy is the strong investment in the renewal of machinery and tools, which will allow a considerable increase in productivity and make it possible to obtain better quality, calibers and flavor."

Difficult national campaign due to tough rainy season and inflation
According to Helia Mendonça, Brazil's grape campaign has been difficult since January due to the impact of the weather. "It has been a challenging campaign so far due to the excess of rainfall. The first part of the season is usually rainy in Brazil, but this year the rainy season has been more intense than usual, which has had an impact on volumes, as we have had to discard more fruit that does not meet our quality standards. Post-harvest handling is proving more difficult."

It is also proving a challenge to deal with the global increase in costs, which comes on the heels of a severe financial crisis in Brazil, hard hit by the pandemic. It is not easy to maintain consumption of a product that also ends up becoming more expensive due to inflation. 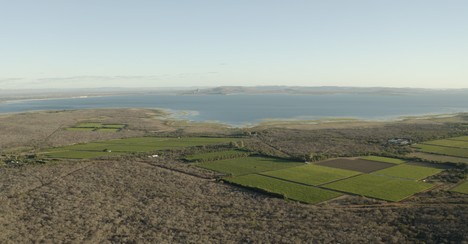 Helia Mendonça says that all these investments in Labrunier's farms "make it possible to offer quality fruit with a great flavor during the 12 months of the year, maintaining the same quality standards as those of our exports. We are also boosting our investment in the marketing of our main brand, Doce Uva, which has positioned us among the biggest retailers and distributors in Brazil and the world."

While there is some competition in the Brazilian market from neighboring Peru and Chile, this is more noticeable in the export markets. "In Brazil, we compete with Chile, which is the one that introduced seedless varieties such as the Thompson and Crimson. The presence of a supply of Peruvian grapes, whose production has grown a lot worldwide, is noticeable, but only slightly. Since we are able to supply table grapes all year round, Brazilian wholesalers and retailers prefer the national production, of which there is already a good range of varieties, which are also fresher due to proximity".

Plans to expand exports and produce stone fruit
Regarding Labrunier's exports, managed by Rocío Mejía, their development is divided into two distinct areas: the U.S., where the brand already had some presence, and Europe and the United Kingdom; programs that have been strengthened thanks to the strong presence and participation of Grupo El Ciruelo.

"There are big plans to continue expanding our exports, in addition to expanding sales in the domestic market. The acquisition of El Ciruelo is allowing us to do this, in addition to giving us the opportunity to produce and market stone fruit in the future," says the export manager.