Turkey will have more volumes available for export than last season

“Harvest of the early cherry varieties has already started”

The cherry season in Turkey has started and producers estimate an increase in volumes of about 10 to 15% this year. Due to the war in Ukraine, Turkish producers might have to divert to other European markets to export their cherries to.

According to Banu Er, the general manager for Turkish agent and broker company Doraintrade, the cherry season in Turkey has already kicked off in some regions: “The Turkish 2022 cherry season has already started in the earliest production areas, such as Izmir and Manisa. Turkish stone-fruit producers have great expectations for the upcoming season and they foresee that the cherry crop will be significantly higher, at about a 10% to 15% increase. Although harvest of the early varieties has already started, the producers believe that the main exportable cherries such as 0900 Ziraat and Napoleon are going to be in the market earliest on 25th of May.” 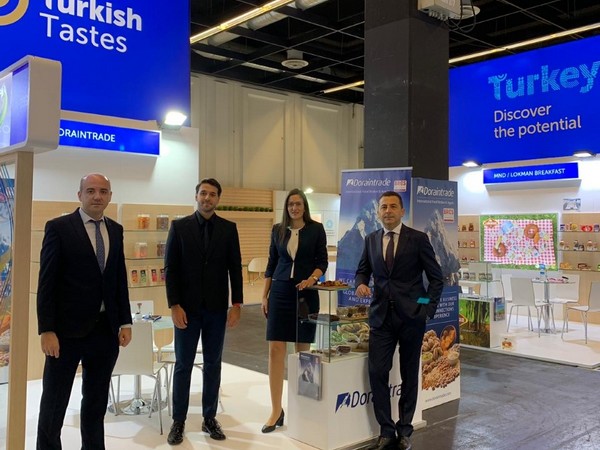 Er states that the war in Ukraine will have an effect on the approach of cherry traders from Turkey. “On the other hand, looking ahead to the 2022 season, the Turkish production could divert to EU markets due to the risky environment of Ukraine and Russia. With the cheap labour and great leap in the technological investments in crop processing, Turkish products will definitely have attractive and competitive prices with trusted quality.”

Doraintrade, which is the very first BRC certificated agent and broker company in Turkey, has already completed the preparations for the upcoming stone-fruit season: “Doraintrade provides incomparable service to its customers which starts from harvest until the product reaches the final customer, with its quality department and reports every single step to its customers. Thus, we make sure of the quality of the product with traceability and controlling food security at the production facilities. Thanks to its perspective and values, Doraintrade assists all their clients with finding reliable suppliers, manufacturing under international food safety conditions, making own quality control and observation, sampling at the facilities and building long term cooperation between the buyers and sellers from 26 countries on 5 continents.” Er concludes.