Table grape harvest in Northern Mexico has started, in Hermosillo and Guaymas in the state of Sonora. The first grapes crossed the border with Nogales, AZ ten days ago, on May 9. The start date is similar to last year, but it is a few days later than the average start of May 5. “The great majority of grapes crossing the border at the moment are the Early Sweet variety,” says Miky Suarez with MAS Melons & Grapes. “It is a good variety for the region.”

In the past, the early varieties crossing the border were a combination of Early Sweets and Perlettes, but the volume of Perlette keeps going down. The reason the Perlette variety tends to disappear is because of the manual labor involved in trimming the bunches. “The bunches need to be trimmed by hand and trimming down 500-600 little pieces of fruit until there are 100 left on the vine, is very labor intensive and expensive,” commented Suarez. “It is important to work with well-trained people to prevent over-thinning and under-thinning.”

The reason Perlette lasted so long is that for a long time there was no other variety that matured as early. About eight years ago, the Early Sweet variety entered market and since then, Perlette has gone down in volume. Last year, 700,000 boxes of Perlette crossed the border between Mexico and the US and Suarez thinks the volume crossing this year may be 500,000 boxes at most. This is a small number compared to Early Sweet that is estimated to make a big jump to 4.5 million boxes.

Despite Early Sweet’s growing production numbers, traditional varieties still make up the bulk of the volume that’s coming in from Mexico. Flames are the largest variety, but Sugraones and Red Globes are significant as well. Last year, 60 percent of grapes that crossed through Nogales were traditional varieties. 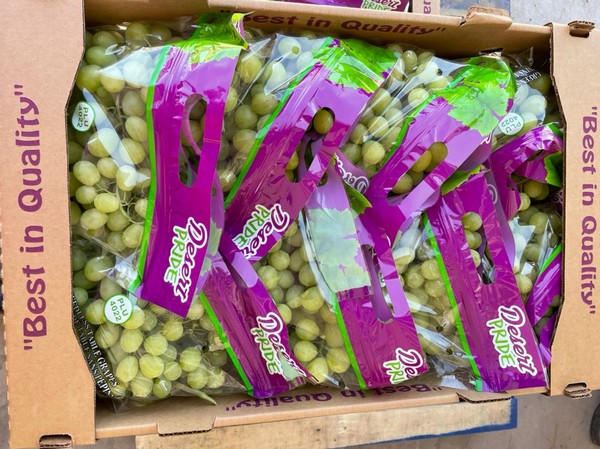 Record harvest
Mexico’s grape harvest is expected to be up 25 percent from last year. According to the Mexican Table Grape Growers Association, exports will amount to 25 million boxes this year. “It would be a record season, up two million boxes from the record currently standing,” commented Suarez. “Although it is a big number, it doesn’t scare me too much as long as we have the full ten weeks to sell them. It is important to move the fruit as soon as possible,” he said. Currently, there is still fruit arriving from Chile, but Mexico needs to get going. “The month of June will be a very big month and all of us need to be prepared. Hopefully, California’s harvest doesn’t start too early. If we have two full weeks in July, we are going to be fine, and I think that will happen.” The first grapes for MAS crossed the border earlier this week, on Monday, May 16. 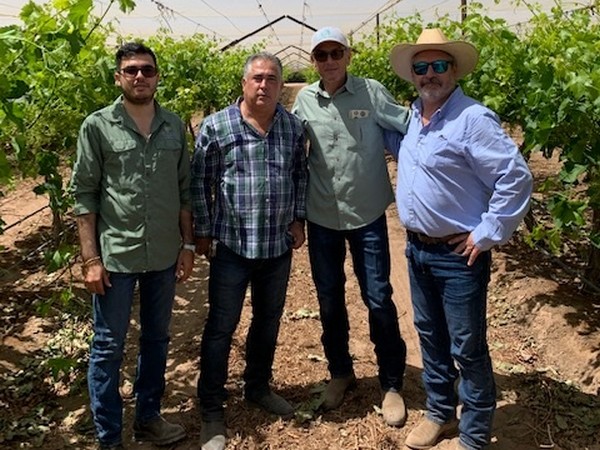 Exports
The majority of MAS’ grapes are consumed in the US and Canada, but the company also exports to the Caribbean islands, New Zealand, as well as Japan. “Every year, Japan increases their grape imports.” Despite the shipping challenges, MAS Melons & Grapes has been able to continue their export program, but the company has been forced to ship out of different ports due to severe backlogs. “It is a bit more expensive, but these alternative ports have proven to be more reliable, which is key.”