"The demand for stone fruit is, at the moment, greater than the supply"

The stone fruit campaign in the Spanish region of Murcia has started with about 10 days of delay due to the rainy weather that lasted until the first days of May. Since then, good weather and warmth both at origin and destination are having a favorable impact on the stone fruit market in its early stages, with the demand exceeding the supply.

"Since it stopped raining less than two weeks ago we are having sunny weather and temperatures reaching almost 30ºC, so the fruit is fattening and ripening faster," says Thomas Chevaillier, technical director of PSB Producción Vegetal, who, in addition to being breeders of stone fruit varieties, also market their own fruit through their marketing company Frutas de la Sierra Espuña.

For now, according to Thomas, the demand for stone fruit is high, thanks to good weather across Europe, with temperatures more typical of summer. "The phone has been ringing at all times for days now, with many orders coming in. In general terms, the stone fruit production is smaller this year due to flowering problems caused by excessive rainfall, as well as hail and frost. Moreover, we have not yet reached the peak production period, so the demand, for the time being, is higher than the supply," he says. 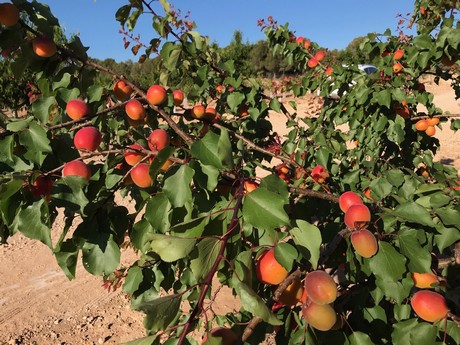 The first apricots, the Colorado, Mikado and Nestor, self-fertile varieties obtained by PSB, are currently being harvested and marketed. Fruit setting problems due to abundant rainfall during the pollination stage have been the main cause of apricot production losses in Murcia. The total volume has been halved.

"This is the third year in which the apricot volume falls below Murcia's productive potential, either due to lack of cold or excessive rainfall. Since there is such a high demand at the beginning, we expect prices to remain high. From June onwards, in late areas such as Lleida, hardly any production is expected due to the impact of frosts, while France, which will have a good production, is likely to ship most of its fruit to the domestic market," explains Thomas Chevaillier.

"We have every condition necessary for a good season; however, although we have started well, we must not forget that production costs have increased, including fertilization, irrigation, transport, tractors and labor. Marketing a kilo of fruit now costs us 25% more than last season," he says. 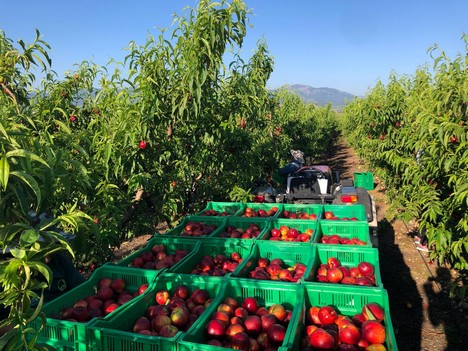 The nectarine harvest is coming to a close in the tunnels of Huelva, while the supply is beginning to increase in Murcia and Extremadura, where the harvest has started earlier due to the dry and warm weather. "The heat is giving a push to the quality and quantity. We have finished with our Patagonia variety and we are starting with the Copacabana, the earliest sub-acid variety we have, with yellow flesh, medium size A and Brix between 10 and 12 degrees, and whose acreage is expanding in Murcia. Later we will harvest our Caracas variety, which is in our top 10 in terms of sales." 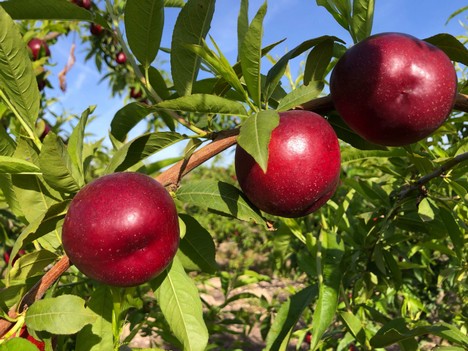 Yellow-fleshed Copacabana nectarine, the first sub-acid variety of the campaign

As for Paraguayo peaches, a species in which PSB has devoted great efforts in order to breed new flavorful, productive varieties with perfect pistil closure, Thomas Chevaillier says that its consumption continues to grow across Europe.

"After the loss of the Russian market in 2014, we found that many other countries were unfamiliar with this species or were too conservative, although this has been changing in recent years and its demand continues to increase in countries such as France, the United Kingdom or Germany. We are now harvesting the sub-acid variety Zodiac, a white-fleshed Paraguayo with perfect pistil closure and sweet flavor that has become very popular among producers, as it is contributing to increased consumption of the fruit, which has a good flavor for such an early fruit and reaches calibers between A and B," he says. 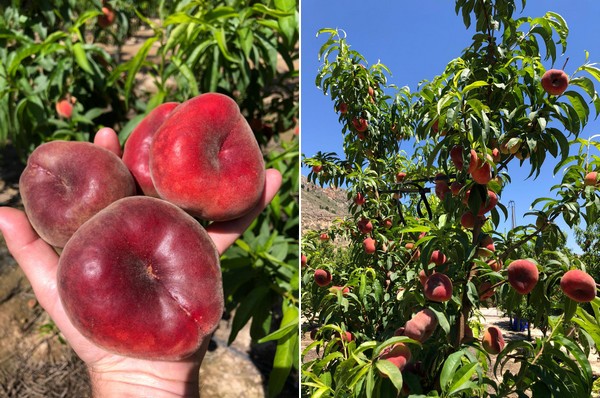 "Although Paraguayo peaches have gained ground on peaches, the latter are still more important in terms of volume. We believe that the grower needs to bet on both. Peaches are still more productive than Paraguayos, as well as easier to grade and much less sensitive to thrips. Growers and retailers need to have all species available in order to meet the market demand," says Thomas Chevaillier.

As more and more fruit is becoming available, PSB Producción Vegetal is now starting the visit period in its experimental fields in Murcia. "From now on, growers have the chance to take a first-hand look at our range of varieties, test them and observe how they perform in the field and learn about the latest developments. We organize visit days every day, so growers should not hesitate to contact us if they are interested," he says.