Pascal Felley, Fairfruit Group, at the start of the stone fruit campaign

"Portuguese stone fruit harvest started much earlier than Spanish one, due to weather"

The cold snap in southern Europe is known to have affected stone fruit blossoming in many growing regions, with crops suffering tremendously in some places, especially on the Iberian Peninsula. "The capricious weather is actually causing us more trouble in Spain than in Portugal. In Portugal, we've had relatively normal weather so far, with more stable weather than in Spain. This also meant that the Portuguese campaign got going much earlier than the Spanish one this year," says Pascal Felley, managing director of the international Fairfruit Group, which has locations in Spain, Portugal, Germany, Austria and Hungary, among other countries.

"We are noticing crop losses in Portugal except in isolated cases and on a small scale. The apricots have suffered the most because we did not achieve the necessary cold hours during the winter months. In Spain, we will certainly have to accept minor losses, yet fortunately we have been spared the severe storms in the Murcia region over the last two weeks," continues Felley. The stone fruit campaign in Murcia started about eight days later this year than in 2021, again due to cool weather in March and April, he said. 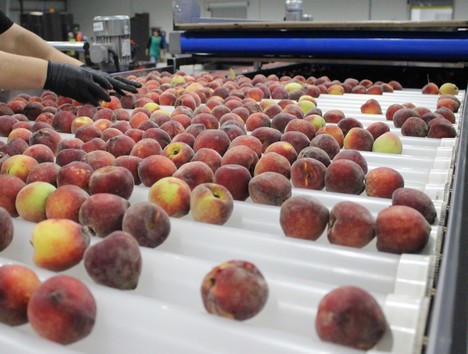 Cohesion imperative
Overall, he said, this year is expected to be a fairly good season in terms of volume. "We expect higher production volumes of stone fruit due to the growth of our plantations. In general, we expect a very good year and a marketing window until September," Felley further predicts. Based on experience, pricing and demand will only improve after the first few weeks. "The general conditions with cost increases all along the line are a new situation for all parties involved in the value chain, in addition to the persistently high inflation rate. You have to see the stakeholders coming together."

In the longer term, Felley says food retailers will tend to start the European stone fruit season later. "The trend of retail chains starting later to offer consumers riper fruit with more flavor continues. In some cases, fewer items of the same product are being carried so as not to overwhelm consumers in their selection at the POS. However, we like this approach." 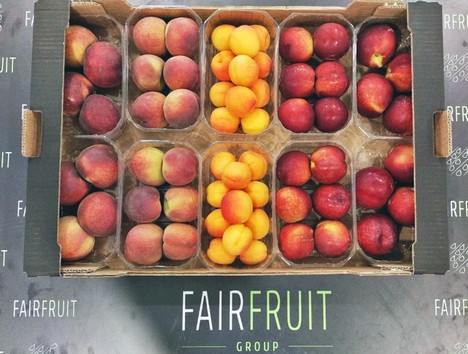 Expansion of acreage in Germany in the planning stage
With its finger on the pulse, Fairfruit Group, founded in 2014, is striving for a local-for-local cultivation and marketing strategy, which is why a growing share of its stone fruits are traded on the respective domestic market.

Felley: "The topic of regionality is on everyone's lips these days, and in this regard we see ourselves well positioned with our production sites in several European countries. Apricots are already produced accordingly in all the countries in which we are active. In Germany, too, we are currently planning a further expansion of our production area. After losing a substantial part of the harvest there due to frost the last two years, things are looking much better so far this year."