A positive end to the first season of Cosmic Crisp

A new generation of apples set to experience major growth. The first official season of Cosmic Crisp®, the innovative apple that has landed in Europe thanks to the VOG and VIP consortia – which cultivate it in South Tyrol - Südtirol – has now ended.

Following the very first tests carried out during the past season, Cosmic Crisp made its debut on the market this year with the first 1200 tonnes, which were sold from February to late April. 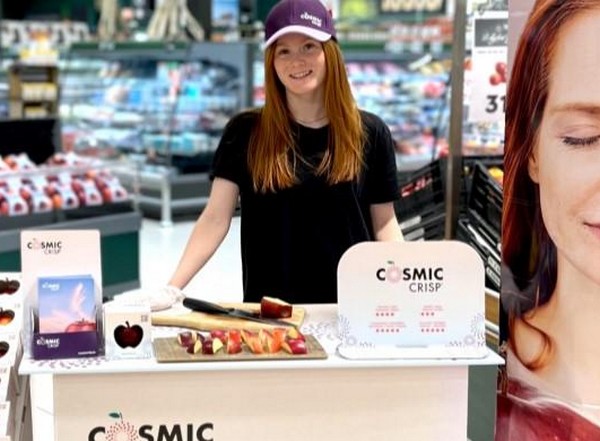 “We are very satisfied – the feedback we received from buyers and end consumers, both in Italy and in all the countries where it was marketed, was not only positive, but in some cases very enthusiastic,” comments Klaus Hölzl, Sales Manager at the VOG Consortium.

“The schedule was respected, allowing us to be continuously present on the fruit and vegetable counters of the modern distribution and wholesale channel during the two planned months. Cosmic Crisp proved to be a very convincing apple from a sensory standpoint. Like a fine wine, it reaches its peak quality over time, becoming even tastier and more aromatic, which is why it is the perfect apple to be marketed in the second part of the season.”