Watermelons from Morocco are in demand and selling briskly in Sweden. Ramadan sales were very good driving strong early demand for watermelons. This is according to Yousef Kachama, owner of Malte Gustavsson Frukt & Bär based in Gothenburg, Sweden. 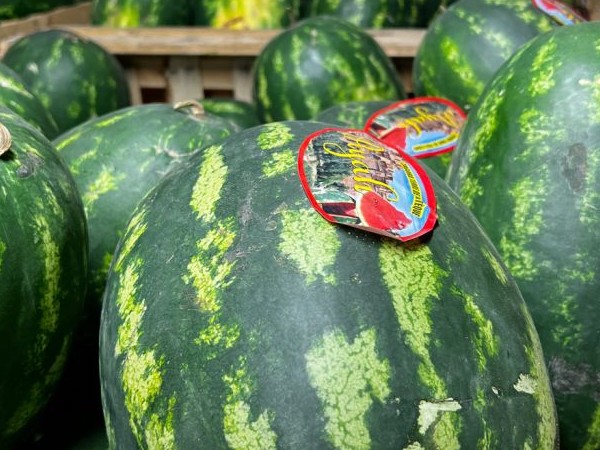 “The quality of watermelons is now good. The sizes have been on the smaller side between 6-9 kg’s. On Monday two trucks were loaded in Morocco with watermelon sizes of more than 10 kg. With the weather changing here in Sweden my customers like the big sized watermelons. Now every load is good quality. In the beginning it was not the best.”

Malte Gustavsson Frukt & Bär are importers and distributors of fruits, berries and vegetables sourced from countries around the Mediterranean. Their products come from South Africa, South America, the USA and many Asian and African countries. Malte Gustavsson can be found in Partihallarna in Gothenburg.

Kachama says they have a short window of Moroccan watermelons before switching to supply from Greece. “We usually start with watermelons from Greece very early. Last year it was from 12 May, this year we are starting a bit later, between 19-22 May. This year is different because Ramadan started earlier. More people were asking after watermelon, usually they ask from middle-April, but this year the requests came much earlier. Next year Ramadan will be 10 days earlier than this year, we are aiming to start watermelons imports from 10 March 2023. Sales were good during Ramadan, because when people need water in the body, they buy more watermelons,” explains Kachama.