The impact of logistics on apple exports

So sums up Donna Feltrup of L&M Companies Inc. based in Union Gap, Washington on how the export apple season has gone to date this season.

Starting with destinations. For L&M, it’s sending apples to the Caribbean including the Dominican Republic, Venezuela, Trinidad, Guyana and Panama, all which are going through Port Hueneme. “The business isn’t brisk but there is some business and we’re able to go through that port,” Feltrup says. Then out of Seattle, exports are headed to Indonesia, Malaysia and Vietnam and more.

Where apples aren’t heading this season is India and the Middle East. “India for a few more reasons in addition to the space issue. Their duty is 70 percent and with the increased freight rates, delays and the lack of space, it makes the product delivered into that market very expensive. And then we have a 70 percent duty on top of that,” Feltrup says. Given the distance, if there is an issue that would result on a claim and it’s often not worth sending fruit that far.

Varietal choices
It’s also influenced what kinds of varieties out of Washington are being shipped. “Galas, with the heat we had this summer, are showing more problems than normal. They have a shorter shelf life and there’s good demand for it domestically without the risk and there’s high risk shipping it via export. You have to really weigh the variety versus the distance,” she says. 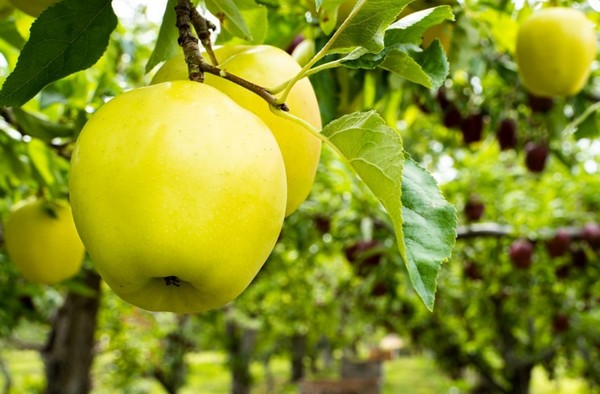 The upside of exporting this year is that it is a smaller Washington crop being exported so apples that would have been destined for India or the Middle East can head to other markets. Feltrup notes it can ship some of the same sizes to the Philippines, Singapore, Mexico or it can be distributed domestically. “When there’s a large crop, a certain amount of fruit has to export because domestic can only take so much. But in a year that’s short, the amount going to export is a lot less because domestic can take more and you can be discretionary as to which markets you export to,” she says.

As for the logistics, it seems to be getting worse. “We’re down to one steamship line we can use out of Seattle and we can use Port Hueneme,” says Feltrup. “There are other ones but their transit is longer, they don’t have containers, they don’t take cargo, etc.”

Exploring port options
And while the year before it opted for contingency logistics plans--shipping to Florida and sending apples by sea from there for example--this year’s skyrocketing truck rates have made that not financially viable. Other locations it tried were Texas (waiting on transloading), the Port of Los Angeles (long wait times), the Port of Oakland and Vancouver (tight space). “There aren’t a lot of workarounds. Last year there were a few and this year it’s getting more and more constricted,” says Feltrup.

Looking ahead, Feltrup anticipates these kind of challenges to continue into 2023. “We’re probably going to have a smaller crop next year thank goodness because it sounds like it’s going to be even worse than last year,” she says. “It’s just going to be hard to plan. I’m telling my customers to be ready. If you want something for Chinese New Year’s, don’t wait until the last minute. Plan well in advance because there are no guarantees there will be containers and/or they’re on time.”