"The global supply of cherries has increased, forcing all producers to step up our game"

The 2022 Spanish cherry season is already starting in the earliest areas. The acreage has remained more or less stable, exceeding 28,000 hectares, with an annual production of over 100,000 tons last year. Varietal reconversion in recent years, as well as investment in technology and a greater know-how, has added value to a product that is considered top of the range in the fruit market. One of the motivating factors has been the growing competition, given the proliferation of the production in many other countries in a sector that is not without challenges. Monica Tierno, General Director of Agrupación de Cooperativas del Jerte, and Hector Ripoll, partner of the producer and marketer Cerima Cherries, both members of the National Cherry Board, made an analysis of the current situation of the Spanish cherry sector. 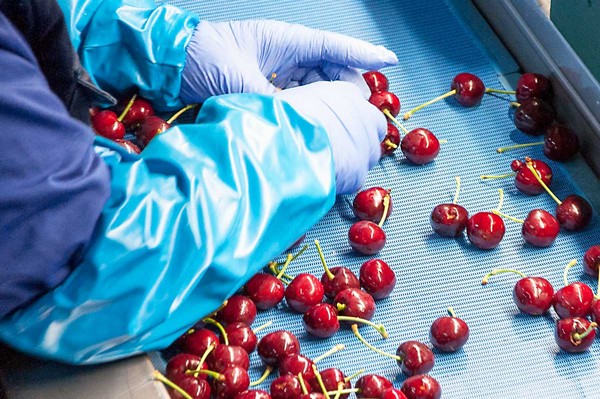 "The cherry acreage in Spain is mostly concentrated in the most important producing areas. In the Jerte Valley, in Extremadura, the area devoted to the crop remains rather stable, while in other producing areas, such as the Ebro Valley, in Lleida or Aragon, it has tended to grow slightly in recent years. In other areas, such as Albacete, growth is much slower, and the same can be said about Alicante, an area that has been very hard hit by inclement weather in recent seasons," says Héctor Ripoll, producer partner of Cerima Cherries.

Cherries are a highly seasonal product and as such, their production is limited to a few months in each producing area. The varietal renewal that has on-going in recent years is making it possible to start earlier and finish later with products that are better adapted to consumer needs. "In the earliest areas, such as the Ebro Valley, Lleida or the Jerte Valley, the aim is to promote earliness, while in the later areas the aim is to extend the campaign as much as possible, avoiding the month of June, in which more fruit of different origins is available, both in Spain and in other countries, such as Turkey, Greece, Italy and other Central European countries where the fruit is shipped, such as Switzerland, Germany, Belgium, the United Kingdom or France," says Héctor Ripoll.

According to the grower, although in the past the main goal when seeking earliness was to arrive as early as possible with the idea of getting good prices, it is the consumers themselves who, through their purchasing behavior, have driven the development of taste quality.

"In the past, extra early fruit was often found to have little flavor and color and a texture that was too soft and caused problems in the post-harvest. This led to sales dropping, and therefore, the starting prices of extra-early varieties suffered in previous seasons. Now there are hardly any early varieties planted that do not offer flavor and quality, so the situation is gradually reversing. Fortunately, we have many more breeding programs today than we did 20 years ago. We found interesting breeders in the United States, France, Chile, Germany, and other countries."

"The more traditional varieties are being replaced by more modern ones that offer greater productivity, larger sizes and a better flavor and hardness, which is what the market demands," says Mónica Tierno, General Manager of Agrupación de Cooperativas del Valle del Jerte. 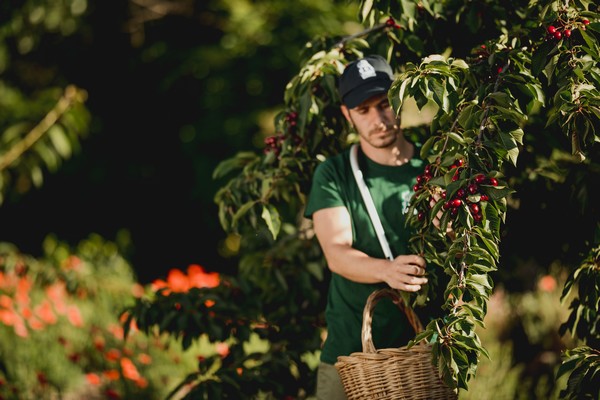 "We are looking for fruit that can be shipped as soon as possible, although the fact that we have growing areas located between 400 and 1200 meters allows us to lengthen the season considerably, starting in mid to late April and finishing at the end of July. The early part of the season is particularly interesting for us in order to position ourselves. This is a time when consumers are already looking for something new after many months with winter products, and cherries are one of the most eagerly awaited fruits. However, we believe that there is still room for our cherries in July, as despite there being a supply of local productions in Central Europe, many consumers, except for the French, continue to appreciate the quality of Spanish cherries, so there's still room for it on their shelves," says Monica.

Being the first Mediterranean country to reach the markets and stand out in terms of quality
Spanish cherries have gained a lot of value in terms of quality thanks to varietal renewal and the production and sorting processes, although it has also gained competitors in other countries, where the production has increased and where lower costs allow them to offer aggressive prices. Such is the case of Turkey.

"It is true that Turkey does not have the same level of technology that we do, and its products are of inferior quality, but by having such cheap labor it can offer very competitive prices, which is attractive for many markets," says Héctor Ripoll. "The pressure from Turkey and Greece in June is really significant; however, Spain is a Mediterranean country, as Mediterranean as Turkey, Greece or Italy are, but due to the particularities of our microclimates, we are the first to reach the markets in the northern hemisphere, and that is one of our strengths. It is, together with quality, our trump card to position ourselves. The distance and logistics also put us at an advantage in the European markets compared to our Mediterranean competitors."

"Looking ahead to the 2022 season, there is concern about the influence that the Turkish production could exert on international markets as a result of the conflict between Russia and Ukraine," says Mónica Tierno. "We have not exported to Russia since 2014 because of the veto, but Turkey, which had no restrictions in Russia, could choose to divert its fruit to other markets, mostly in Europe, to prevent being affected by the war and other difficulties.

"We must not forget to focus on places where the economy and the birth rate are growing"
Both entities send most of their shipments to European markets, as well as to more distant countries in Asia, the Middle East or South Africa. Both Monica and Hector agree that there are still many protocols to be opened for Spanish cherries, especially for the coveted Chinese market.

"We know that cherries are a very popular product in China, but the negotiation of the export protocol has been stuck for more than 5 years, and since the Chinese market was opened for table grapes, it has not been reopened for any other product," says Monica Tierno. "The Covid-19 health crisis has not made things easier in the last two years, as we have seen with Chile. We maintain our interest in this market, but we are also looking towards other areas, such as the Persian Gulf countries, although the risks are too high at the moment, with the increase in the cost of air freight. We have potential customers overseas, but we are waiting to see how the global situation evolves. When we reach peak volume times, in late May, there could be more stability." 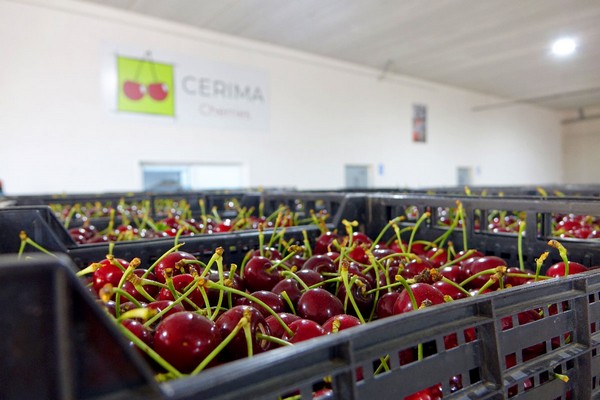 The general manager of Agrupación de Cooperativas del Valle del Jerte also warns that Europe is an area in economic recession and a relatively aged population. "We must not forget to focus on where the economy and the birth rate are growing. That's why we are also considering shipping over long distances. If Chile can do it, so can we."

In addition to Europe and overseas, Cerima also wants to focus more on the domestic market. "There is a tendency to think that the better products are always exported, but the Spanish retail is as demanding as any German or English supermarket. If the end consumer finds good products, they quickly get used to them and we quickly move up to the next level. If we also present it in attractive packaging and in bags that extend the product's shelf life, as we do for long distances, that will also be appreciated and remunerated. Any improvement in the product's value is appreciated by the consumer."

"The supply has increased, forcing all producers to step up our game"
Both producing areas, the Jerte Valley and the Ebro Valley, started their campaigns in mid-April this year, as the trees had enough hours of cold in winter and a good flowering.

Input costs have skyrocketed, including those of fertilizers, fuel and energy and packaging materials. "For the time being, producers and marketers are taking it on, and we hope that large retailers will also assume their share and that this can be reflected in sales prices. In the meantime, consumers are already suffering it," says Monica Tierno. "If the fruit hits the shelves with high quality standards, we will be able to set higher prices. If not, it will be very difficult to do so," says Héctor Ripoll.

Cherries already have added value in themselves and have become much more competitive in recent years, especially as the acreage devoted to the crop has expanded in areas where it had hardly grown before, or not at all. "The supply has increased and this has forced us to become more demanding and to make greater economic efforts in the form of investments. All of us growers have had to step up our game. Despite the fact that there is a great productive potential in the Mediterranean area, weather events in the last few years have taken a negative toll in different countries and this has somehow regulated the supply. For the time being, the product continues to be profitable for the entire value chain," says Mónica Tierno.

"We are very happy with the results that this fruit is yielding, despite the challenges it brings, starting with the shortage of laborers, which is leading to investment in automation for the processes of selection, calibration and packaging," says Héctor Ripoll. "For now, cherry harvesting cannot be mechanized due to the fruit's fragility and 'many hands' are needed in a short period of time, due to the large amount of fruit that arrives at the same time."

"Another issue, perhaps even more concerning, is that of climate change. This is a fruit that is very sensitive to the weather, which can cause significant changes in its behavior, and rain, frost and hail have been recently recorded at times and in areas where it hardly ever happened before. If the year is a good one, without any weather issues, the final customer's rating for the fruit improves exponentially. We are talking about a top species, a desired snack within the stone fruit segment, and we believe that consumption will continue to increase, as long as quality standards are maintained, with varieties with turgid texture and sufficient dry matter in their pulp for a long post-harvest life, good Brix, good size, etc."