“Although they say that many people will pay extra for high-quality strawberries, we don't see any price issues in the strawberry market in Japan. The prices of our products are reasonable and competitive,” Yuuki Matsuda, CEO of MD-Farm, a Japanese agtech company.

MD-Farm offers vertical farming systems alongside a platform including their own technology such as know-how services for customers. Potential customers that will use MD-Farm’s technology are either large-sized greenhouse growers, supermarkets, or food processors. In order to prove that the system and platform work, MD-Farm will build its own vertical farm where strawberries are grown and will be located in Niigata, the largest city on the coast of the Japanese sea.

Recently, it became known that Quantum Digital Farming has invested in MD-Farm to become one of our investors. Now, both parties are in discussion as to how they can promote their solutions in the Japanese market together, which includes forming a joint venture in the future. 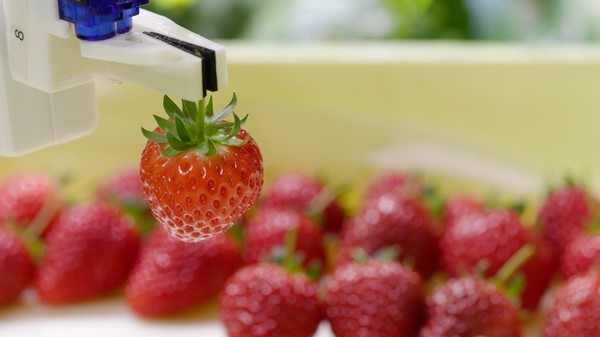 Market gap allows for large opportunities
Yuuki addresses that the Japanese market is unique for strawberries since most outdoor growers can only supply the product for a limited period. Normally, November until May would be the growing season as short-day cultivators are used in the country. The harvest of crops usually fluctuates and is rather volatile, which causes unstable supply issues.

“The cultivars are only allowed to grow in the cold weather and cannot be grown in the summertime in Japan, which means that there is a gap to fill in the market from June until October. Since we can supply strawberries throughout the year, we can fill that gap, which is a huge market, approximately $3.5 billion in retail price basis. We know from many greengrocers that there is a huge demand for strawberries during that season.

All technologies and services are developed in-house, whereas the focus area is strawberry farming. “Up until now, there haven’t been companies that successfully built large-scale vertical farms for high-quality strawberries. Therefore, we believe that we’re the first company that can offer technology to successfully grow strawberries,” says Yuuki. 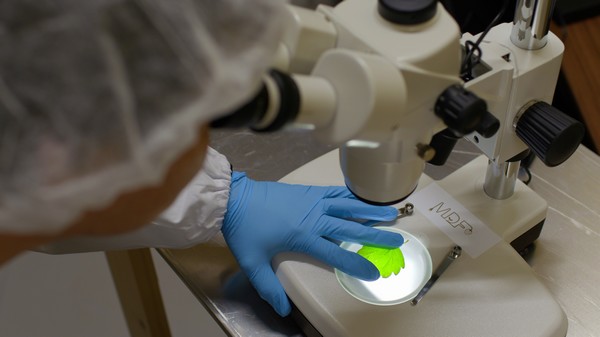 Patented technology
Recently, the technology patent has been approved in Japan, which will soon become internationally patented as well. The patented technology allows MD-Farm to grow strawberries continuously without any breaks throughout the year.

“We have also developed a high power LED system dedicated to growing strawberries and automatic harvesting robots as well as automatic pollination equipment. Furthermore, we have filed a patent which is related to harvesting methods and will do more in the near future,” Yuuki adds.

“We would like to introduce our strawberry solution globally, and not stick to Japan only, in order to build our platform network. By doing so, we can provide services through the cloud and sell our own varieties to our platform users.” 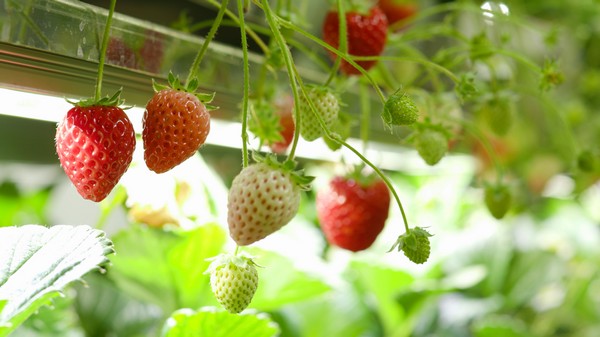 Improving variety breeding
R&D activities have been conducted to improve various strawberry varieties. Yuuki explains that MD-Farm developed a technology that enables multiple seed breeding within a year under stable and regular conditions. The company has established such an environment to digitalize the entire process of improving varieties. “While normally, seed breedings can be done only once a year.”