Serious arson damage on some farms 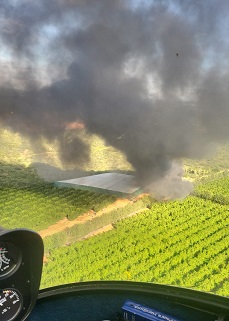 Since last Thursday no citrus – lemons and the first soft citrus at the moment – have been packed in the Eastern Cape’s Sundays River Valley as an illegal strike, accompanied by numerous incidents of arson, have paralysed the community in a repeat of the strike of July 2018.

The Sundays River Producer Forum is in ongoing discussions with South African National Civic Organisation (SANCO) representatives on its list of demands and grievances.

SANCO last week handed over a memorandum in which it demanded a R30 (1.8 euro) increase over the national minimum wage. The Sundays River Producer Forum has pointed out that it is not a wage bargaining council.

Habata Agri, with extensive citrus and melon operations in Kirkwood and Addo, as well as citrus enterprise Wicklow Farms have obtained court interdicts following on arson attacks, while the Sundays River Producer Forum has also now obtained a court interdict against individuals identified as responsible for incitement and obstructing workers from returning to work. 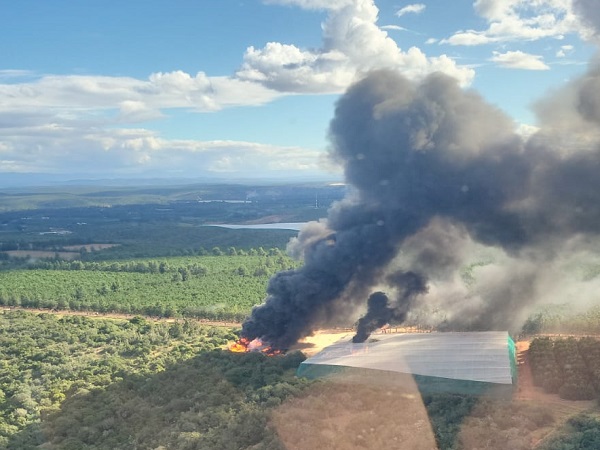 Large-scale damage have been done to houses, stores and vehicles as a result of arson during the latest wave of strikes in the Sundays River Valley

The Forum will decide this afternoon (it is a public holiday in South Africa, Freedom Day) whether to serve the interdict on these individuals.

“On one of the farms in the area over R50 million [2.97 million euros] damage have been done through arson attacks on pump houses, houses, stores with tractors, vehicles, trucks, damage to netting,” says Hennie Ehlers, chairperson of the Sundays River Producers Forum.
He adds that citrus packing has just started and contracts have been signed with seasonal workers and wages have been accepted, and that these strikes came unexpectedly.

Citrus packhouses are being heavily guarded against attack.

The citrus industry is under huge cost pressure as a result of increases in many inputs as well as freight costs. The Sundays River Producer Forum is closely involved in community upliftment and the provision of essential services in the area, where the citrus industry is the single major employer. 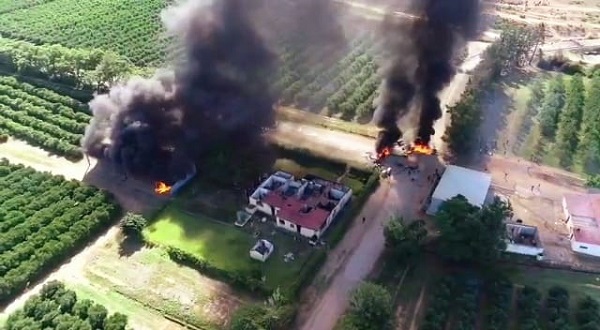 Damage to farm houses are ongoing, despite a large police presence