Industry needs to cooperatively solve the controllables in a tumultuous season

In Villiersdorp, the apple harvest is nearly finished, with the last Granny Smith apples coming off and then in May the final apples of the season, Cripps Red. The quality looks good and their estimates have been very accurate, notes Charl-Francois du Toit, operational and marketing manager at Provider Farming. They are relative newcomers to the fruit export industry, starting apple and pear packing from their own three farms, as well as those from two outside producers, in 2019. 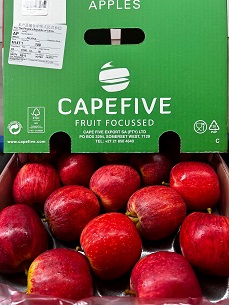 The packing of Fujis will end this week, large Fuji (and Red Fuji) apples for Taiwan, medium to small Fujis and red Fuji for China and, which is new for them, Fujis in 3 kg bags for Vietnam.

With packing of Fujis completed, they will later this week turn to packing the CA pears.

Russia had over the past few years been a good market for low-colour Fuji apples, a role Vietnam is fortunately taking over this season for them.

Charl-Francois emphasises the degree to which producers are dependent on reliable exporters to find homes for their fruit.

“We pack around 200,000 12.5kg cartons of pears in a season of which 30% are extra class, for Asia (Indonesia, Malaysia, and India) and 30% are normal class 1 that can go to Europe or Russia. A further 40% are class 2 fruit which can also go to Russia but when the war started, South African exporters sold a lot of the class 2 fruit in Europe or on the domestic market. It put the European market under pressure and it also hurt our local pear market.”

Better appreciation for apples in the East than in Europe 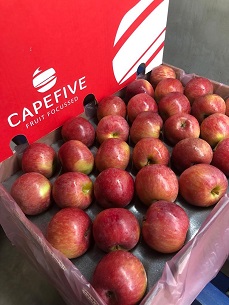 While at this stage they are sending mostly Fuji and Fuji Red apples to China, they hope that the country which gave South African pears access for the first time this season, will over time also become a good pear market for them.

“It seems to me like people in the UK and Europe do not consider an apple as something special, and they do not want to pay more for it, so because of the rise in costs these markets become less worthwhile,” he says.

“Controlled Atmosphere cold rooms have made it possible for Europe to supply themselves for the entire year. Demand from China and Taiwan outstrips demand from Europe and the UK, which is a good thing.”

Therefore, and because of their varieties, they do not send much fruit to Europe and even less to the UK. A significant amount is sent to the Middle East and Bangladesh (especially Royal Gala and Golden Delicious) as well as Golden Delicious and red apples and Packham pears to Africa but shipping has become awfully expensive and problematic.

The domestic market is important for South African apple and pear producers. Provider Farming distributes locally to the municipal markets.

Good relationships with local market agents is critical, he points out, because at times marketers use the municipal markets to get rid of fruit they can’t export due to logistical problems, which makes it difficult for the market to retain strong price levels on good quality fruit.

2021 supposed to have been a relief from previous seasons
“There are many challenges and anxieties for us in the industry, much of them out of our control. Therefore the only thing for us is to keep our costs as low as possible, being as productive and effective as possible. I hope in time to come we’ll be able to look back on this season we got through.”

This season, supposed to be have been a post-Covid respite from the difficulties of the past three seasons (in 2019, their first year, he’d been told by seasoned exporters that it was a tougher than usual year), and the year in which they’d been hoping they could finally get their business off the ground, has now turned into a gruelling undertaking and costs have gone through the roof as a result of which end users will have to pay more for good quality fruit, he observes. 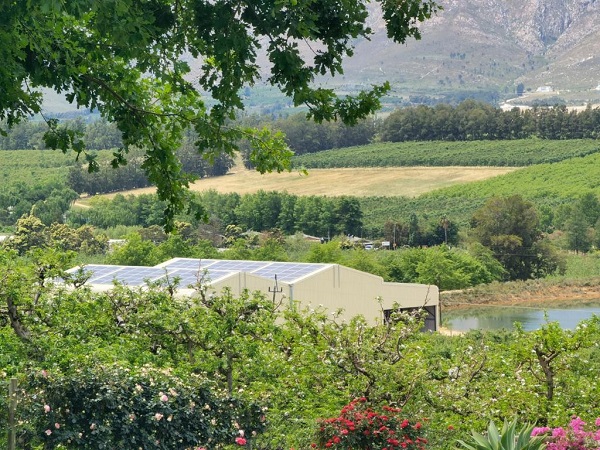 Part of farming fruit optimally is incorporating high-yielding and production-friendly new cultivars and in this respect, he mentions Royal Beaut, Bingo, Lady in Red and Fuji Suprema, varieties which reduce the number of pickings from four or five in older Royal Gala orchards to only two.

They have also narrowed plant spacing which speeds up bearing and accelerates the return on investment on an orchard.

Bringing back life to the soil 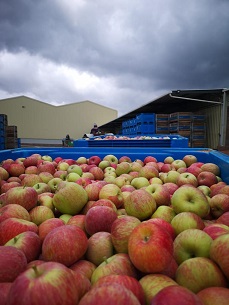 “The question that every farmer puts to himself is whether it is worth the effort and money to spend half a million Rand [approximately 29,600 euros] to re-establish an apple orchard. About three years ago everyone would’ve without hesitation answered ‘yes definitely’ but now they are thinking a bit longer about it. It is a difficult time but it’s hopefully a time in which we learn a lot and adapt.”

Another aspect to optimal farming is a focus on life in the soil.

“We are not close to organic, but we’re paying close attention to the living organisms in the soil but also in the trees. With the traditional orchard floor kept clear through herbicides and fertilizers, soil quality has been very degraded. So now, through things like cover crops we are trying to bring back organic matter and life to the orchard,” he explains.

“The one important thing for which I am very grateful, and which I’d like to emphasise, is that we can work with good exporters like Wynand Viljoen at Cape Five Exports who can handle the logistical problems in these difficult times and can come up with the best solutions and plans at this point to get our fruit sold. I do not think we would have made it without them.”

He adds: “Good relationships with trusted individuals and companies is the only way a business like us can survive. We cannot stand alone. I really hope our industry role players can come together and work together to solve some of the problems we at least do have control over.”