Classic summer fruit is now gradually arriving on the market, including watermelons, which are currently imported mainly from Africa. The supply from Senegal is now slowly coming to an end, and batches from Mauritania are being offered to tide us over. "At the beginning of week 17, we then expect the first offers from Morocco," reports Sarwad Radwan, specialized importer and managing director of AKL Exofresh Ltd, based in Dortmund.

The first shipments from Morocco are arriving a week later than last year, Radwan describes. "Similar to large parts of southern Europe, there has been a cold front in Morocco, which is why the calibration of the first 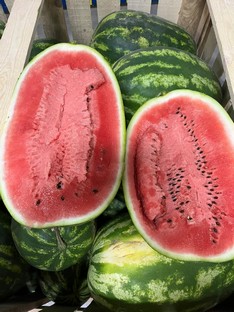 watermelons was not optimal and rather unsuitable for export. The unit weight was mostly between 5-11 kg, which is far from the popular calibration around 10-15 kg. The sugar content of the first batches was also not too exhilarating yet, which is why we waited for the first good product."

Right: Similar to many other fresh products, watermelons are currently trading at rather high prices.

Weather as a deciding factor
For watermelons in particular, he said, the calibers available vary widely compared to other fruits. Radwan: "During the high season, a unit weight of 12 kg is not unusual, although I have also seen melons weighing 16 to 20 kg. Compared to other countries of origin, Morocco is usually more known for its large calibers." 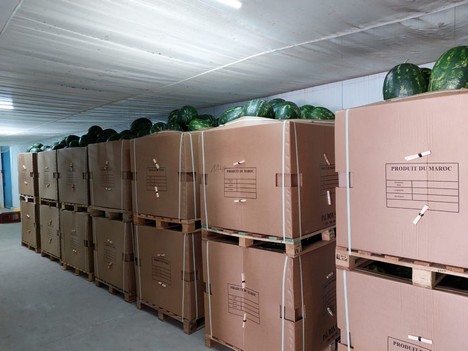 Although the first fruits have already been harvested in Spain as well, larger export volumes will hit the market later, Radwan expects. "Spain, but also Greece and Italy for that matter, will not be fully represented on the market for several weeks. There is also no significant competition from the southern hemisphere, which is why Moroccan watermelons enjoy an optimal market position, especially in the early sector." However, the decisive factor for marketing is not the competition, but the weather, Radwan knows. "Currently, the weather is playing right into our hands. When the sun shines, the melons market themselves." 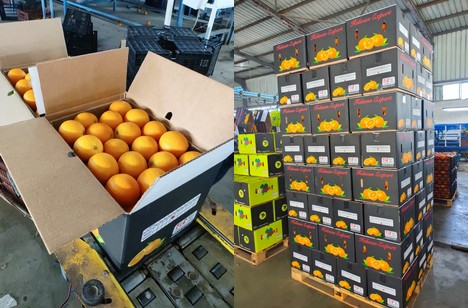 Good market prospects for Egyptian Valencia
The same applies to the Egyptian juice oranges 'Valencia' which AKL ExoFresh also carries in its range. "Egyptian pressed oranges have quickly made a name for themselves in recent years. It is a typical gastro article, which we also noticed last year, for example, at times of gastro closure. We therefore hope for persistently high outdoor temperatures and a correspondingly high demand."