T Fresh Company of City of Industry, CA is recalling its 7.5oz (200g) enoki mushrooms, Lot #6021053 grown in China, because it has the potential to be contaminated with listeria monocytogenes, a bacterium which can cause life-threatening illness.

Lot #6021053 was distributed from California and Texas to retail stores through produce distributors. The potential for contamination was noted after surveillance sampling by the CDPH revealed the presence of Listeria monocytegenes in 7.05oz (200g) packages of enoki mushroom. 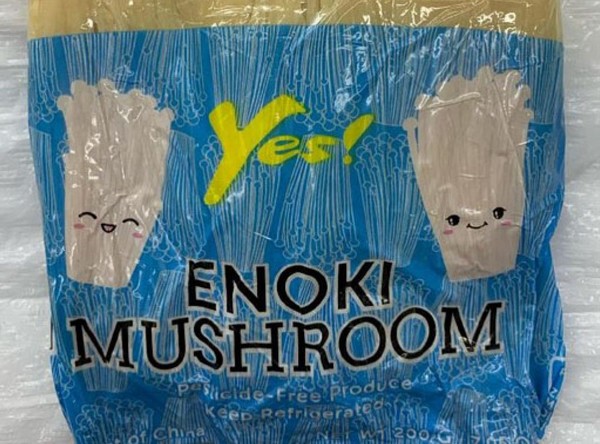 The distribution of the product has been suspended. No infections or illnesses have been reported or confirmed. Consumers who have purchased our enoki mushrooms are urged to return it to the place of purchase for a full refund.

Mushrooms are fungi, meaning they are not vegetables or fruits. Consumers should never eat mushrooms raw. All surfaces, utensils or containers that are used for preparing mushrooms should be separated from other foods to avoid cross-contamination.