Javier Acedo, Agroponiente: "Watermelon production in Almería can be around 50% less"

The first Spanish watermelons have started to arrive on fairly empty markets across Europe. This is according Jorge Reig from Agroponiente Grupo, a grower and exporter of watermelon and other fruits from Spain. The quality is good with several of their producer members ready to harvest and ship watermelons to eagerly awaiting customers in Europe. 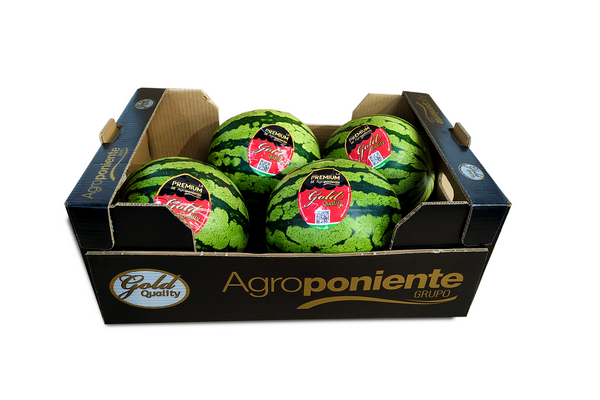 “We have started with low volumes due to the last month's weather conditions (rain and sand). The first watermelons are crunchy, have good, colourful and firm flesh with bright skin and superb flavour making the quality good. We are finishing overseas from Senegal in week 17 and started in Almeria in week 15 just before Easter. We have watermelons available from mid-April, until the end of September,” says Reig.

“We start in Senegal in March, then move to Almeria in middle-April then Murcia, Sevilla and go on to La Mancha. There is a lack of product due to starting season demand, which has generated good prices. Because of the bad weather in Spain the yield for growers is not as high as previous years. Production in Almería can be around 50% less versus normal productivity levels. It is not just because of the Russian war that the production costs have been increased by 37% compared to the previous year, but because of the inflation all around the world. It is really generating big pressure," says Reig.

Agroponiente should commercialise around 75 million kg's in the melons family says Reig. Other organic products that they grow and export include organic courgettes, peppers and aubergines all year round

"The war situation will have an impact but from the demand point of view it is difficult to measure. In any case our actual impact is reflected in the inflation as mentioned," concluded Reig.