A new harvesting tool that collects location data, for the first time, enables farmers to easily determine the number of fruit produced in a specific area in an orchard on an almost per tree basis.

The PickLogger™, developed by global agricultural company Agri Technovation, has recently won the innovation award at the Biostimulants World Congress. It is mounted on the clippers used by harvesters and collects location data as workers manually harvest the fruit from the tree.

The GPS coordinates gathered with every snip are sent to the cloud and combined with weight data to produce harvest progress maps. The accumulated data assists farmers in making critical in-season decisions.

At the end of the harvest, the yield maps produced from the recorded data are collated with other available agricultural information, such as soil classification, soil chemical analysis, leaf data, irrigation data, pest data, etc., to allow well-informed decision-making and the formulation of corrective strategies.

According to Erald Smith, Head of Agri Technovation’s services portfolio, PickLogger is the first fruit harvesting tool of its kind that collects such accurate location data and incorporates it into yield maps. 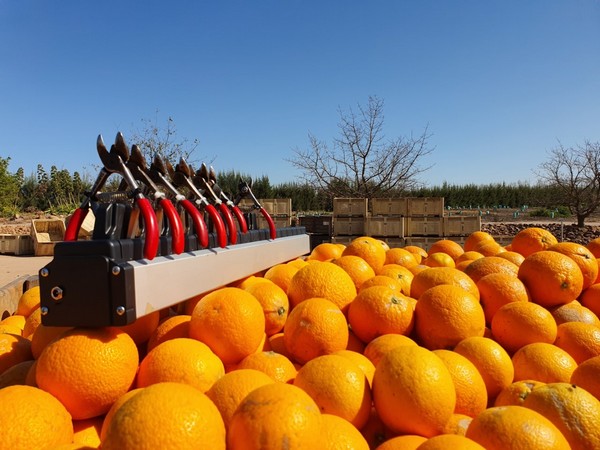 Up to now, producers could only look at an orchard’s performance from an absolute average perspective with data provided from the packhouse and other harvest monitoring systems. In other words, the farmer gets a value of x ton/ha for orchard A and y ton/ha for orchard B.

But PickLogger facilitates insight into the performance of orchards on a much deeper level than was possible before. Its data sets and comparisons are made available through Agri Technovation’s innovative MyFarmWeb™ platform.

“The greatest benefit or value-add is that it allows the agriculturist in co-operation with the producer to home in on the variance within each of the orchards and accordingly develop corrective management strategies. The eventual result is increased harvest yields over time,” says Smith.

The enhanced level of in-field data measurements that the PickLogger collects also creates opportunities for a variety of other insights. A radio-frequency identification (RFID) tag that marries each fruit-pick to a crate or bin used in the harvesting process, allows PickLogger to integrate with packhouse systems.

“Currently the traceability detail stops at orchard level, but PickLogger can overcome that ‘last bridge’ that connects the fruit on the retailer’s shelf to the tree in the orchard where the fruit was produced.”

Smith adds that when looking at yields there are a few overarching themes that dominate developments and discussions, all of which the PickLogger addresses:

PickLogger used for citrus, avocado, passion fruit and more
Smith says the new harvesting device has already been introduced in South Africa, California in the United States, Australia, New Zealand and Peru. It will also soon be launched in Spain.

At the moment, it is primarily used on citrus, avocados, table grapes, mangoes and passion fruit. However, PickLogger’s harvesting capabilities include other fruit that is harvested with shears, scissors, or a pruner.

Agri Technovation is also doing trials with vegetables like peppers (capsicums) and cucumbers.

After much work done by the inventor of PickLogger, Albert Bijker, this very innovative solution was launched commercially in 2019, and sales grew by more than 400% in 2021.