Queensland Department of Agriculture and Fisheries

The potential opportunities for Australian greenhouse-grown melons for export

Protected cropping can potentially provide a niche market supply of high-quality melons from North Queensland for export in the future, according to a senior Australian horticulturist.

Dr Elio Jovicich from the Queensland Department of Agriculture and Fisheries (DAF) has been working on several projects involving the specialty melons and greenhouse production in the tropical regions and notes that premium niche melons in Asia can attract some very high prices.

"Japan probably has the highest range of categories of melons," he said. "You can get melons from Central America; Mexico, Honduras, Guatemala for $5, all the way up to $300-$500 apiece, but they are completely different products. One is a gift melon where someone wants to show their appreciation to someone. They are very high quality but are also subjected to origin denominations, so the melons come from a certain region, from a specific grower, grown in a specific way in how it was produced. Our question was, could we grow something similar in North Queensland that could also be exported there? We are probably not going to be trying for those prices, but even if we get $30-$40 apiece, it will make sense from a business point of view." 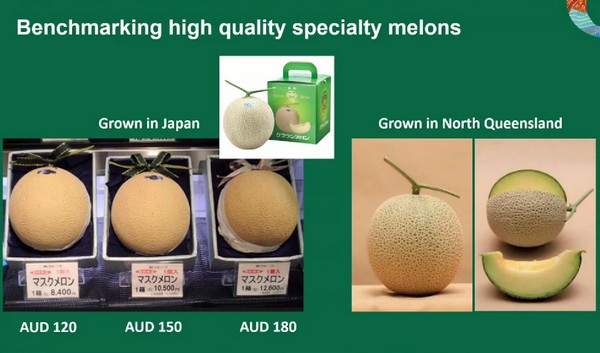 One of the projects undertaken by DAF involved growing the melons in North Queensland and sending them to Hong Kong, Japan and Singapore, where members of the research team travelled to the countries to monitor quality and tried to sell the fruit to buyers, so they could gain the feedback. 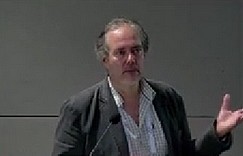 Dr Jovicich also explains that North Queensland has a hot climate, and melons grow really well in the heat, so he wanted to explore the potential of year-round production to cater for the export market.

"Melons in a greenhouse can be grown in several ways," Dr Jovicich said. "They can be grown on the ground, all the way in the soil and even in soil-less media - and probably the highest-tech (trellised) system, like the Japanese are using, where you look after every fruit individually in the greenhouse. Our work specifically focused on quality and not yield as much. We were interested in getting fruit that was high in Brix, of 13-16, given a normal rockmelon would only have around 8-10 Brix. We also wanted low variability in the fruit in our crops; what we wanted was that fruit that was harvested at the same time had the same Brix level. We looked at the genetics, the conditions, the type of structure that we would use and the agronomy such as pruning timing, including how to deal with pollination." 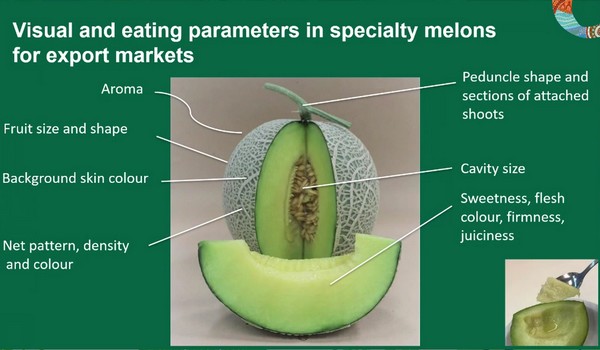 He added that some of the reasons why protected cropping is suited to grow melons include that the canopy remains dry, there can be more plants per square metre, harvesting is done at the same time and in northern climates up to four crops can be grown per year and the quality will be similar.

"The fruit is also protected from the wind and pests, and some diseases," he said. "Also, with the melons hanging, you can take each fruit and put it straight in the box with a bit of treatment. So, you are not going to be roughly handling or throwing the fruit like in the field, so the instances of bruising and decay will be reduced. To give you an idea, you could get up to two fruit on a plant with little quality change; the whole crop lasts 75-85 days; the level of first-class fruit is between 70-90 per cent, and you can play around with the density in terms of the size and weight, but you may get 1.2-2.5 kg per piece of fruit."

Trials have also been conducted with the Port of Townsville using refrigerated containers to monitor cold storage and the impacts on fruit quality and shelflife of the melons.