Southern Hemisphere producers of the ARRA Breeding programme varieties of table grapes have done well to deliver to world markets this past season, say the technical managers of Grapa. This is despite several challenges during the table grape seasons for South Africa, Namibia, Peru and Chile. 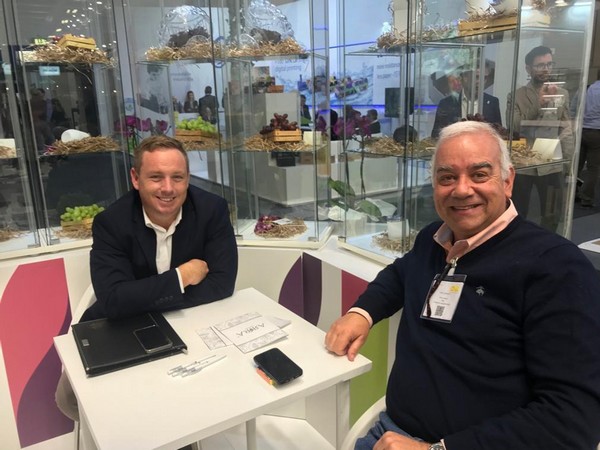 The challenges included the “shipping fiasco” from South African ports, the shipping delays, cost increases as well as inclement weather, say AJ Jansen van Vuuren, the table grape manager at Topfruit in South Africa and Namibia and by Karl Conrads, the owner of Grapasa in South America. Both Topfruit and Grapasa are the exclusive territorial agents for the commercialization of the ARRA™ varieties and Early Sweet™.

“Arra Honey Pop did well during the shipping fiasco from South Africa based on the quality reports upon arrival following 6 weeks of delayed shipping. Although Early Sweet had less production, growers had a very good early harvest. Both Namibia and the early South African Northern Provinces region packed the majority of grapes away before the early summer rains during the first part of their season,” notes AJ Jansen van Vuuren.

“Despite these extra-long shipping delays, which caused a bit of drying out of stems, many of the growers with varieties such as ARRA Passion Fire and ARRA Sweeties achieved really good, above budgeted prices. As the weather patterns in SA are changing to a cycle of more rain, growers are focused on how cultivars perform following the rain.

"The SA conditions and climate are different across the 5 growing regions, therefore producers must get used to and understand how the varieties perform under these differing conditions. Grapa helps with technical guidelines and we at Topfruit help with technical input. For the new Early red selection variety we invest in semi-commercial test blocks to see the performance of this cultivar in each region. In this way we gain feedback from participating growers and pitch in with the evaluation costs,” explains Van Vuuren. 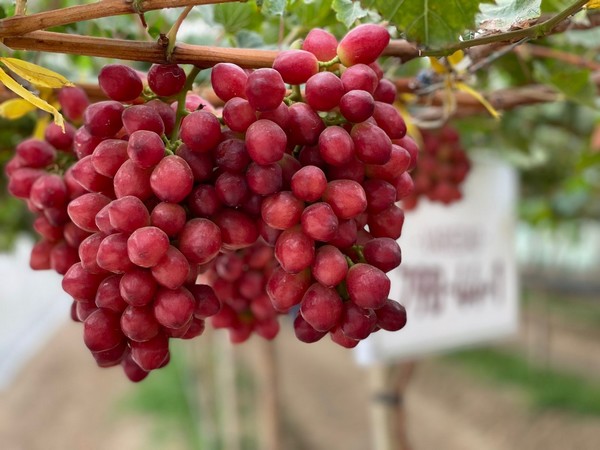 Karl Conrads, the owner of Grapasa in South America, is equally excited about the new early red selection they are also commercialising in Peru. First he reflects on the past season for producers in Peru and Chile, which had very similar challenges experienced by South Africa and Namibia.

“Last season Chile suffered from water damage due to excessive rain and this season from shipping challenges and input cost increases, including packaging. In Chile the ARRA varieties are the leaders in white seedless varieties with 90% of our growers increasing their volumes. Markets look differently at the size of grape berries. For instance in the USA they look for sizes of 20 mm and more. About 80% of the Chilean grapes goes to the USA with 10% to China and the rest of Asia. This is where the grapes must be crunchy, full of flavour and have good colour. It is all about the eating experience,” says Conrads.

Van Vuuren and Conrads agree that growers of table grapes have to take into consideration when choosing new cultivars that there are too many shipping delays lasting for several weeks more than usual.

“Cultivars must have a better shelf life while the stems must not dehydrate that easily on long shipment journeys. Early varieties are more beneficial to plant and harvest, especially during drought years and ever-changing weather conditions. Early grapes are irrigated less and on shorter cycles, while it also saves money on spraying to protect it from the changing weather conditions, as in the case of later grapes that need more water and other applications that cost more in the end.

"Growers also save on labour that can be used more effectively at the start of the season, especially in countries where there is a shortage of people. New varieties must have a Brix of +- 19-20 with a good balance between acid and sugar levels. Producers and consumers look for the balance between these two to provide an eating experience that make the grape berries pop with flavour,” explains Van Vuuren and Conrads.

This coming summer, during the July and August field days in California, Grapa is excited to be presenting five new varieties that have completed their commercial evaluation and hold characteristics and traits that the table grape sector is eagerly awaiting.