Production on bell peppers and mini peppers out of Mexico is growing.
Out of Sinaloa, Mexico, pepper production began on time this season. 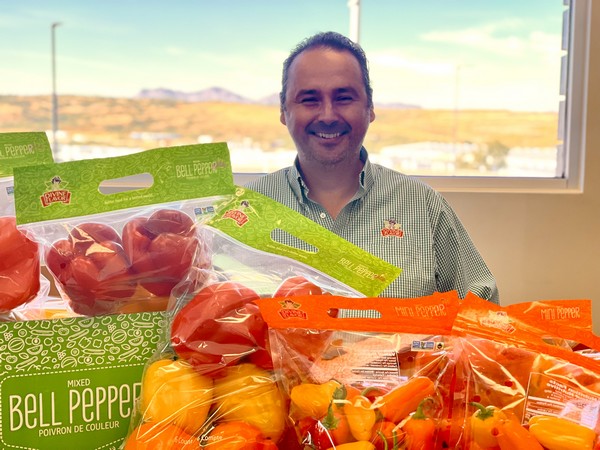 As Michael DuPuis, quality assurance and public relations for Divine Flavor adds, January is generally when pepper production ramps up. “It just depends on how the weather has been. But things look good in January this year and usually when you have a strong January, that allows for a stronger February and March as well,” he says, adding that Divine has multiple growing regions along with Sinaloa to supply peppers year-round including Sonora, Mexico for bell peppers and Baja California for organic and conventional mini peppers. Michael DuPuis (above) says production looks good in January this year and usually when there's a strong January, that allows for a stronger February and March as well.

Other industry production
Along with Mexico, there’s industry production out of Florida on peppers though those are generally open field-grown peppers.
Meanwhile, while demand is good for peppers, freight rates are challenging. “Especially going to the East Coast. The rates have been through the roof pretty much since November. It’s probably up 30-40 percent,” says Batiz.

However generally as a category, peppers have grown and continue to. “There’s more demand in general for peppers,” says DuPuis. Particularly on retail demand currently, though foodservice demand has been down somewhat compared to recent years. “But overall there’s decent movement." 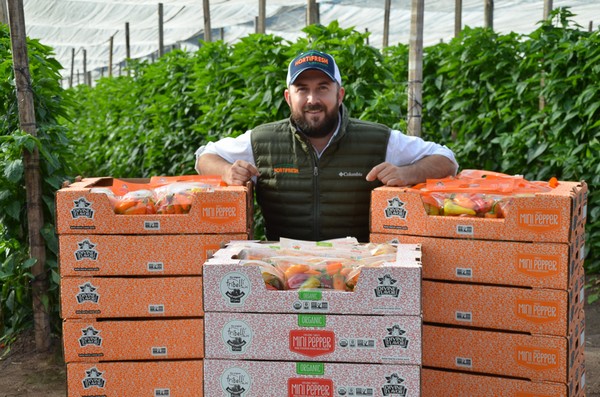 Looking ahead, the recent steady volumes will stay consistent until May for Divine Flavor and that’s when it transitions to central Mexico and Baja. “I think right now everybody came into a bit of a flush in supplies in January,” says Batiz. “Last year peppers were super tight in January because we had that delayed start of the season on all commodities. This year we started on time and our flush is happening right now. Going into February we’ll see a natural dip in production. We’ll still have promotable volume but the pepper market should start increasing in the first and second week of February.”