The Australian Mango Industry Association is confident of finishing the mango season strongly, as late-season varieties prepare to hit the markets.

“We are not aware of any significant delays to the mango supply chain," AMIA CEO Brett Kelly told FreshPlaza. "There is still a range of great quality mangoes available across Australia. Mango lovers can start expecting to see late-season varieties such as Keitt, Palmer and Kent in their local stores.” 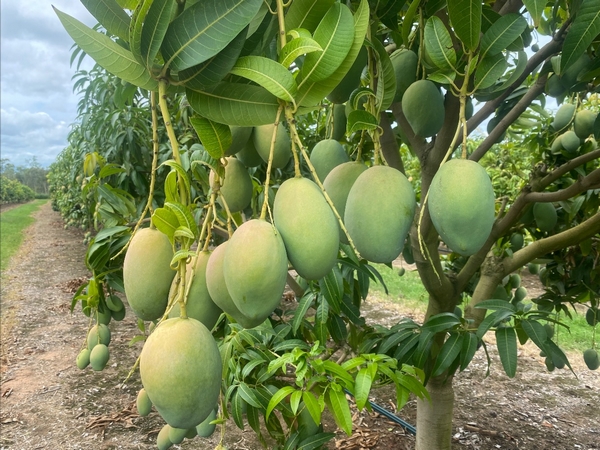 Most of the growing regions have finished, including Darwin, Kununurra, Katherine and more recently the Bowen/Burdekin region. Queensland's Mareeba/Dimbulah's volumes were slightly down from 81,000 to 65,000 trays in the past week.

"Honey Gold, Keitt and other varieties such as Brooks and Palmers were dispatched last week," the AMIA reported in the My Mango update. "Some growers have experienced patchy showers that are expected to continue into this week, however, this is not expected to hold up picking or impact fruit quality. For those growers that have concluded picking they are moving onto pruning and hedging their trees."

The South East Queensland region’s dispatch was dominated by Honey Gold and Calypso last week, and there is no further R2E2 fruit is expected to be picked this season. The AMIA says that some growers have indicated there may be a slight delay to the start of picking their Keitt crop, which was originally planned to be picked this week. 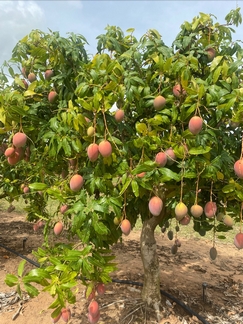 As the season has reached its peak in Carnarvon, Western Australia, dispatch volumes are expected to slowly come down over the next few weeks.

"High temperatures in the last few days have pushed the fruit to ripen fast and has impacted predicted yields, with remaining fruit on trees experiencing some further sunburn," the AMIA said. "The Gingin region continues to experience hot weather, with another heatwave over the past few days. With these conditions, heat sums might accumulate faster which could potentially lead to the season starting earlier than currently predicted. Separate flowering events have led to fruit of different sizes in the orchards."

The Gingin region is forecast to produce fruit from late February until April.