The vertical farming pilot plant of YASAI and fenaco has started operation. The first products are available starting today, in around 80 selected Coop stores. Compared to conventional production, the new cultivation method promises a marked increase in productivity with massively lower water consumption and fewer or no pesticides.

After more than a year of planning, development and construction, ETH spin-off YASAI put the vertical farming pilot plant in Niederhasli into operation at the end of 2021 and brought in the first harvest at the beginning of 2022: sustainable and ultra-fresh basil produced without pesticides and with little water. It will be available in around 80 selected Coop stores in the Zurich, Basel and Lucerne area from January 24. 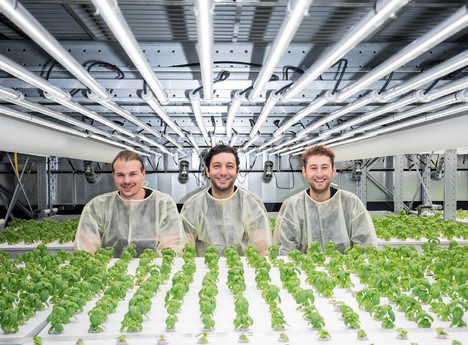 Marked increase in productivity
In October 2020, the fenaco cooperative had announced the collaboration with YASAI and the investment of half a million Swiss francs in the pilot plant to verify the benefits of the new cultivation method. Thanks to its stacked design, it promises a marked increase in productivity over conventional production, with massively lower water consumption and fewer or no pesticides. Indoor production also enables cultivation 24 hours a day, 365 days a year, and can thus increase the share of Swiss vegetables and herbs. In line with its cooperative purpose, fenaco was committed to supporting Swiss farmers in the economic development of their businesses.

"This includes examining and developing new business areas," says Daniel Schwab, Category Manager Vegetables at fenaco Landesprodukte and Project Manager Vertical Farming. "We view our investment as an upfront service and a basis for decision-making for our members, the Swiss farmers. We do not want to produce agricultural products ourselves in the future," he adds. 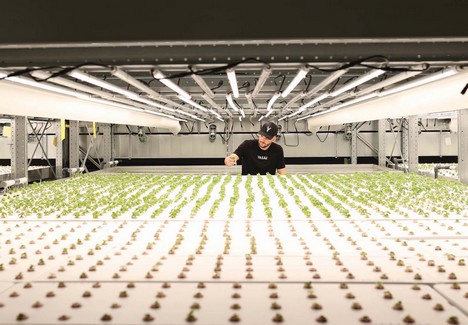 A view of the high-tech plant

Great potential for innovative technology
From February 1, 2022, the project will be further advanced as an 'Innosuisse' research project: With services worth around one million Swiss francs, YASAI, together with specialists from ZHAW, Agroscope and fenaco, will be able to optimize all cultivation and work processes at the Vertical Farm. The aim is to improve the yield, quality, sustainability and profitability of the plant.

YASAI will gradually expand production at the pilot plant. "Starting in March, we will add mint and cilantro to our range. Leafy vegetables and berries are in the planning stages," Mark E. Zahran, CEO of YASAI, explains. The innovative technology will then be used on farms over the next few years. Possible applications include areas with little potable water or agricultural land, as well as vacant industrial buildings in Switzerland. "The key to profitable operation lies in scaling up and automating the processes," says Daniel Schwab.

"The positive feedback shows me that there is real interest. But it still needs a final validation of the pilot farm and the market potential," he adds. The trend is in favor of the new technology, as demand is growing for food that has been produced sustainably, i.e. with little water consumption and without synthetic chemical agents.