The Spanish raspberry season got off to a difficult start. That market has, however, picked up. "There are currently even shortages. Those should last until the end of February," says Jan van Bergeijk. He does the Plusberries Group's raspberry commerce. He has been living and working in Spain for 30 years. 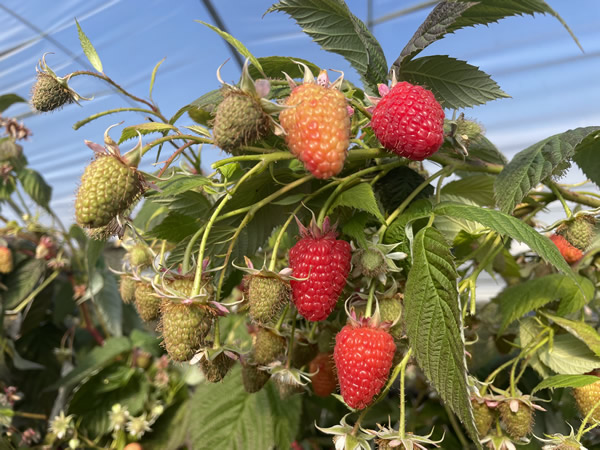 "There's good demand at present. Prices reach €8 to €10 when leaving Spain. That depends on quality and destination. Those are nice prices, but we need them. We have to make up for the poor prices from mid-November to New Year. Prices were sometimes half that then. Last year's fall crop made good prices. So, more growers targeted the early season and moved their planting season. But that wasn't successful, price-wise, in the early season." 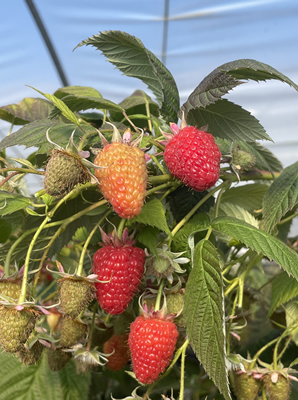 "We're now between early and late plantings. December was cold and wet. All the growing, thus, slowed. So, for now, there won't be a supply peak," says Jan.

"That might happen in early March, at the tail end of the season. But if the weather improves by then, the raspberries will find their market again."

This year, Plusberries is betting on the new raspberry varieties, Remotion (photo right) and Remosense. "The first year has provided good results regarding both production and flavor," Jan explains.

Spain's raspberry acreage shrank again, this time by eight percent. "There are production shifts. Morocco and Portugal are more than offsetting Spain's declining acreage. We, too, are following this trend. We still have 60 hectares of raspberries in Spain. We've been growing these in Morocco, too, for four years. We have 150 hectares there. The Moroccan crop is very interesting in the winter. Spain's winters are colder and more humid. The Moroccan production, thus, provides more continuity. However, the COVID-19 rules make it hard to visit there at the moment."

Spanish strawberries are having a good season so far. "There's more demand than supply. I don't think these to last until the end of February, due to the cold weather. In the winter, more and more Belgian and Dutch lit cultivation strawberries are on the market. These are priced differently. But cost prices in Spain are rising, too. To cover all these costs, Spanish strawberries must move away from bulk sales. And more towards customer-oriented products," Jan concludes.