Chilean blueberry supplies are available. However, getting them here on time is challenging, as it is with many commodities right now.

Giddings Berries USA, located in Monterey, CA, imports organic and conventional blueberries from Peru, whose season has wrapped up, and Chile. “In Chile, we’re harvesting similar numbers as we did last year,” says Helena Beckett of Giddings. “It’s anywhere from one to two weeks earlier than last year, depending on where the farms are. Numbers are slightly lower but not significantly.” 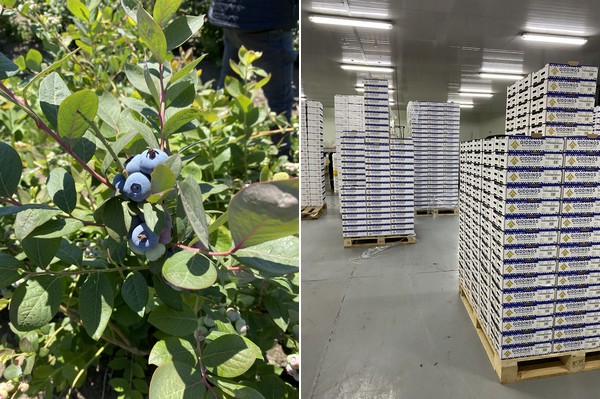 Chilean blueberry harvest for U.S. export began with small volumes in October, and the peak volume started in the first week of December. “This year, we feel confident about harvesting at least midway through February,” says Beckett. “After that, it depends on weather and quality. As long as there is no extreme heat and farms aren’t affected by rain the harvest will continue another few weeks.”

And meeting those supplies is a demand that feels strong. “I think it’s tough for retailers to fill their shelves with anything, and they’re having their problems with COVID and labor supply, etc.,” says Beckett. Also factoring into that more robust demand could be tighter supplies of strawberries right now. “That’s pretty typical in January as retailers try to fill out their space more and often promote blueberries. Once strawberries get going, demand for blueberries might ease a little.”

Getting berries to North America
Mexico is also producing blueberries right now, but Chilean supply is the primary source this time of year. “It’s frustrating because supply and quality from Chile are good, but supply chain delays are making it difficult to get them to the US,” says Beckett.

Vessel delays are the big challenge with logistics, though Beckett says Giddings is only working on the East coast right now. “They’ve done a fairly good job of unloading quickly. It’s the transit time from Chile to the U.S. that’s hurting supply,” she says. 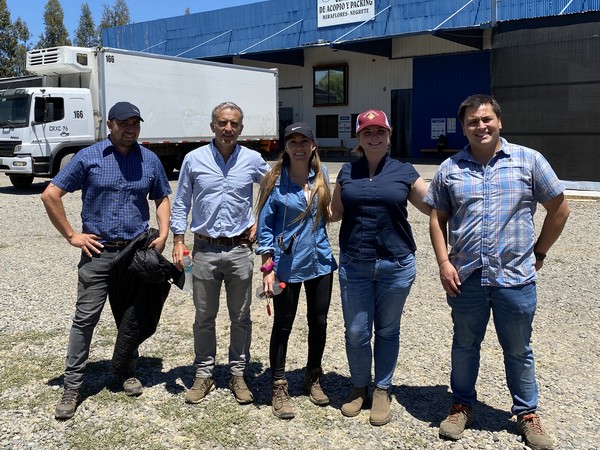 The team from Giddings Fruit.

Giddings has also turned to charter vessels to move fruit for the first time. “But there’s not much space though on those, and we’re also trying to breakbulk. It’s not in a container--it’s just in a room on the ship, and the reason we’re doing that is that there’s a shortage of the controlled atmosphere containers,” she says. “Charters are more expensive, but when you consider that fruit that leaves at the same time on a charter as it does on a regular vessel but is going to arrive two to three weeks faster, the extra cost is nominal.”