"Cherry supply season reached its peak, but backlogs in Chinese ports are slowing down product movement"

The latest estimates of the Chilean Fruit Exporters Association (ASOEX), are that Chile will export a total of 72,367,963 cherry boxes (5kg) this season. That is an increase of 2.6% compared to last year. Chilean cherries have already entered the peak period of the supply season. The number of Chilean cherry ships in Chinese ports is growing every day. Frutacloud CEO, Liu Zirui, recently talked about the conditions in the cherry market and in the Chinese ports where Chilean cherries enter the country.

Most of the Chilean cherries that recently arrived in Chinese ports are Santina, Lapins, and Bing cherry varieties. The product quality of recently-arrived cherries is stable. The relation between supply and demand is quickly changing now that large volumes of cherries enter the country. The price also shows significant fluctuations. Take the conditions in recent days as an example. The price of a 2.5kg gift box of Chilean cherries rose by 40-50 yuan [6.31-7.89 USD]," said Mr. Liu. "However, the supply of top-quality cherries still does not meet the demand."

"Distribution is one of the main challenges for the cherry industry this season. The shipping fees are still rising, and ports struggle to process the large numbers of shipping containers with Chilean cherries. Many Chinese ports are under a lot of pressure, but their capacity is limited, and so customs clearance slows down."

When asked about the response of Frutacloud to this situation, Mr. Liu replied, "most of the cherries that now arrive on the Chinese market are delivered in cardboard boxes. Plastic boxes are relatively rare. Different packing methods have little effect on our business. This is the peak period of the cherry season. Cherries in cardboard boxes or plastic boxes all sell well." 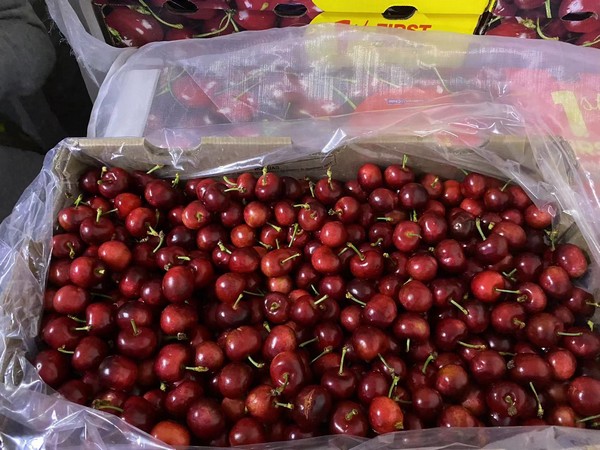 When asked about the price trends in the next few weeks, Mr. Liu explained, "the greatest challenge at the moment is the bottleneck in Chinese ports. Slow customs clearance delays the arrival of new cherries on the market. Chinese Spring Festival [1 February, 2022] is almost upon us, and market demand for cherries is growing. Market prospects are quite good for the next few weeks."