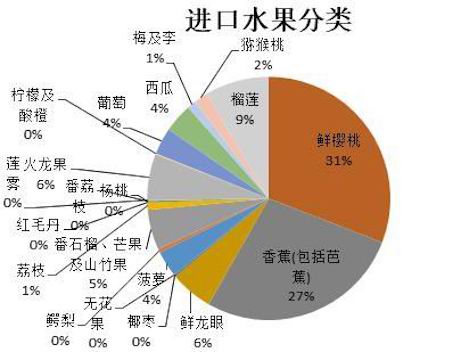 In terms of apple imports, China has imported fewer apples in the past ten years, and imported apples mainly come from the United States, New Zealand and Chile. As of January-October 2021, China's apple imports have accumulated to 67,500 tons. In 2021, China's apple import volume is estimated to decrease by 4.5% to 72,000 tons, mainly due to the sufficient domestic apple supply in 2021 and the downgrading of consumer demand, which prompted China to reduce apple imports. Since the US is China's largest importer, China will reduce its imports of apples and shift to New Zealand and Chile due to the impact of the trade tax. In general, China is still the world's largest apple producer, and imports are almost negligible. 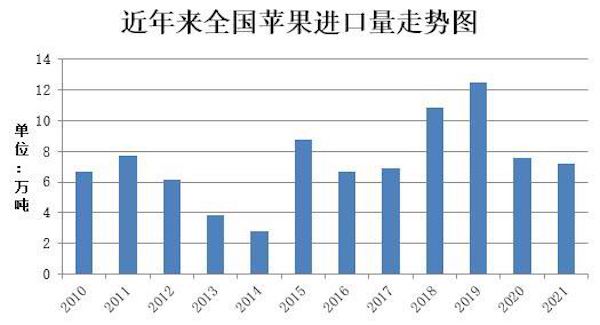 In addition, from the perspective of seasonal consumption, April and August are the peak months for the number of imported fruits, which are mainly dominated by seasonal supply and demand changes. According to the General Administration of Customs, imported fruit in October 2021 was 440,000 tons, a month-on-month decrease of 180,000 tons or 27.3%. From January to October 2021, China has imported 6.14 million tons of fruit, a year-on-year increase of 11.4%. At present, domestic citrus and other seasonal fresh fruits are starting to get on to the market one after another. Coupled with policy restrictions, it is expected that imported fruits will continue to decrease in the market outlook.