“We decided to make a change in Norway first. Since the cold impacts grower’s potential in agriculture, we wanted to offer a way to extend this to year-round growing. One of the key components to do so is using renewable energy,” says Thomas Apelthun, co-founder of Vertical Agri.

Vertical Agri is a Norwegian vertical farm supplier and constructor of farms. Before going vertical, Thomas was already thinking green. He started a biodegradable packaging company, together with a Norwegian friend. The Germany-based factory produces all kinds of materials, in collaboration with a subsidiary of Total. Soon, he got involved with vertical farming after working with importing containers. Then he experienced the principles from modular houses.

Once some energy companies said to collaborate with Vertical Agri, the company approached one of the largest salmon producers in Norway. As a result, they will set up a pilot farm in March/April to test the potential of aquaponic farming. “We’re utilizing the waste streams of the salmon producer to feed our plants. On the solar part, it’s a bit different, but we’re utilizing free energy available to nurture the energy of our farms.” 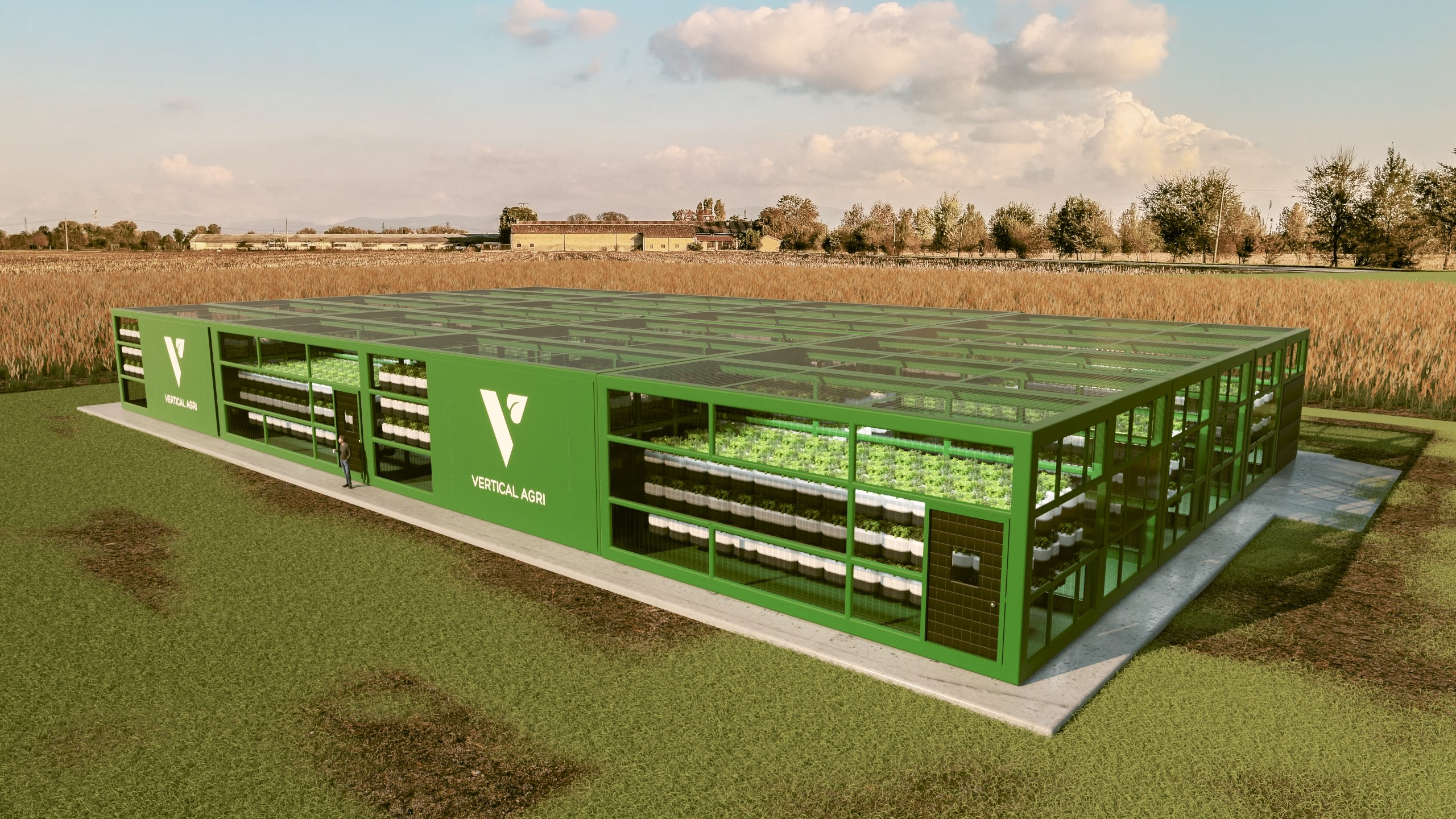 Concept version of a larger-sized farm

The 15000m2 will be the largest complex we’re going to build. It’s a rather mobile facility as new modules can be easily added to it. Not all capacity is used to grow plants, but some space is left for R&D purposes. Normally, it can take a long time to receive approval from authorities, but that’s not the road they want to take. “We want to be aggressive in constructing the farm and roll it out as soon as possible. “It’s science. There are so many variables that can lead to a good result or a total disaster.”

Growing between polar bears
Recently, Vertical Agri launched a project in Svalbard (Spitsbergen), the most outer end of Norway which is very closely located to the North pole. On the remote island, a community of 8000 people can be found. There are some hotels and R&D activities happening on polar activities, as well as regular visits of polar bears that are walking on the streets. Since it’s a very small community, there is one big grocery store, which allows for some kind of infrastructure. Products are either imported from the Netherlands or Portugal.

“When we started this project, it was really simple. We wanted to reduce the CO2 output by producing locally and sustainably. Most importantly, it allows the residents to become more self-sufficient. Not all products can be cultivated immediately, but it’s very easy to produce crops in a vertical farming environment there,” Thomas notes.

Electricity is retrieved via solar energy, whereas heat is gathered from geothermal energy. The first harvest will be carried out in March, which will include leafy greens, salads, microgreens, and strawberries. Thomas and the team are looking forward to sharing this project with the world to showcase the prospects of Vertical Agri’s solution, globally. 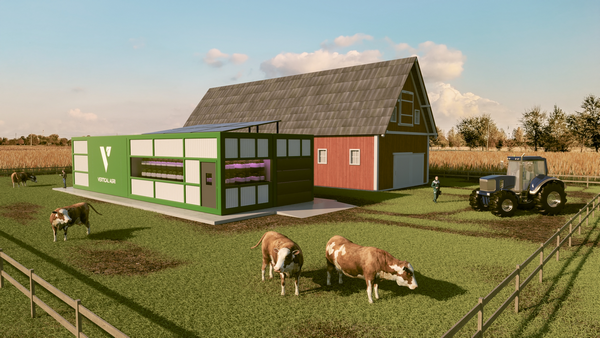 Easy to up-and-downscale
Thus far, Vertical Agri has funded the project itself, whereas lots of investors have been contacting them. However, they have a good financial structure at this point which might result in taking the company to the stock exchange at some point.

The smaller and modular facilities, varying from 100-300m2, can be delivered to more remote areas. The beneficial fact is that they can be easily scaled up or down. These farms can cover a population of 20.000 people that can supply to at least three local stores.

Fodder as a side business
Besides feeding remote villages, the company has a project going that looks into growing fodder as a side business. The somewhat bigger container farm can grow 800kg of grass per day which can be used for cattle. Meaning that a dairy farmer can almost be sufficient with this kind of system since cow feed prices are rising tremendously. The farm has an extra space that grants growers to have a proper workspace to handle things from the farm.

It allows farmers to have a small unit for vertical farming production to produce crops that allow more income streams. “We’re about to introduce some leasing plans that will make this opportunity more affordable for growers.

We’re thinking of producing emergency farms since there are so many natural disasters going on these days. If there’s a lack of food, we can have these ready-made farms within 48 hours to help remedy the situation.