The new harvest of Chinese ginger was already brought in between late October and early November. The harvest is now in storage where the ginger undergoes the suberization process. Some exporters have already begun to export preserved ginger, and the export of air-dried ginger will begin in late December. 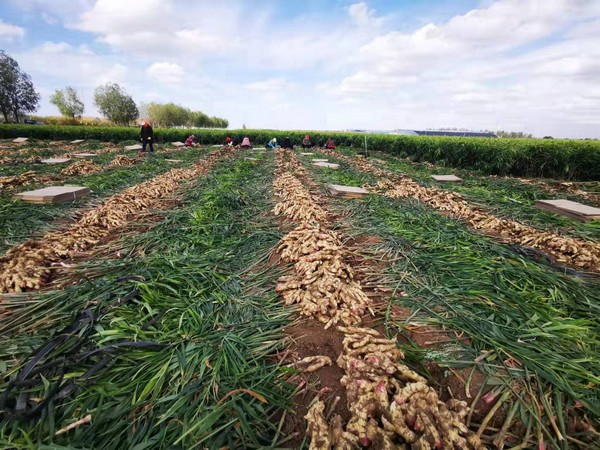 Terry, a spokesperson for Shandong Harvest Agricultural Products Co., Ltd., talked about conditions in Chinese ginger production areas. “The overall surface area devoted to ginger plantation in spring this year was much larger than in previous years. The production volume per 0.07 hectare is around 5 tons. The overall production volume expanded by roughly 30%. And the product quality in different production areas is all good. The cost price of ginger seeds was rather high this year. In addition, the cost price of agricultural resources and manpower during the harvest also increased. The overall cost price of ginger plantation was 10%-20% higher than in previous years.” 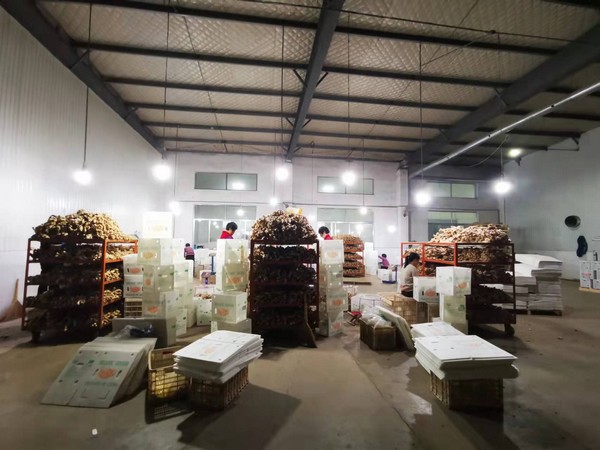 Shandong Harvest Agricultural Products Co., Ltd. primarily exports agricultural products to Europe, the Middle East, and Southeast Asia. “We have already shipped some of our preserved ginger to the Middle East. And the export of air-dried ginger to Europe will begin in late December or early January,” said Terry. “The price of ginger declined somewhat compared to last year, which has reduced the profit margin for ginger exporters. There are two main reasons for this development. First, the shipping cost is rather high and so the export volume is rather small, and there is a lot of ginger from last season left in storage. Second, the production volume is rather large this year and the prices in production areas are much lower than last year. These two developments together create a situation in which the CIF price this season is expected to fall by as much as 30%-40% compared to last year.”

“As for market demand, overseas markets are preparing for Christmas. The European market is still selling the ginger from last season, which we shipped in November. The first air-dried ginger of this season, which will be shipped in late December, will arrive in late January. We hear from our clients in Europe that the market price of ginger does not fluctuate much, but demand is growing. The conditions of product movement in the European market are quite good. The peak period in the European market will likely continue until April. And we expect the export price of ginger to remain stable this year. Chinese ginger has a distinct advantage in the global ginger market.” 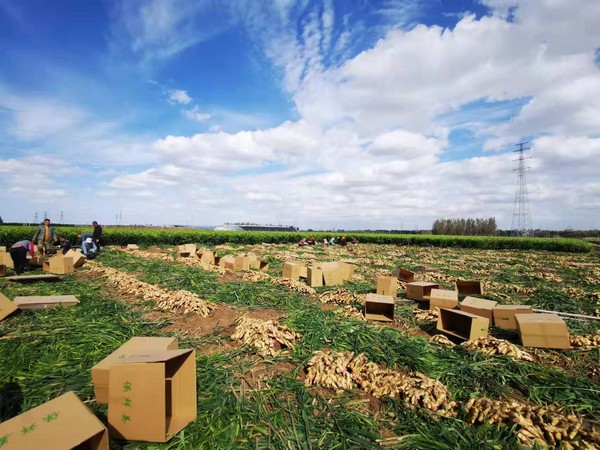 “The shipping cost for export to Southeast Asia used to be around 1,000 USD at most, but in recent months the price rose to 3,000-4,000 USD. The shipping cost for export to the Middle East has similarly been high for months. The most recent shipping fees exceed 8,000 USD. Moreover, in the last few months many shipping containers have been delayed. Shipping containers on the route to Europe often arrive 15 days later than usual. We hope this problem will quickly be resolved in the new year.” 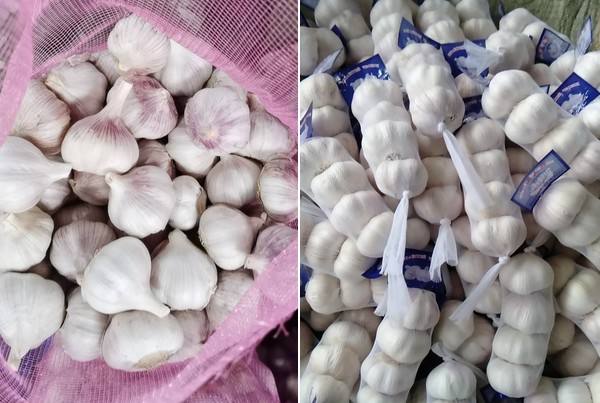 Shandong Harvest Agricultural Products Co., Ltd. has years of experience in strict product quality control and processing for the export market. The company has long been certified by Global Gap, Grasp, and Organic Products. In addition to ginger, the company also exports garlic, onions, taro, Ya pears, pomelo, and Chinese chestnuts. The company has an annual production volume of around 1,000 shipping containers. “Our company has more than enough ginger in storage to guarantee a long-term, stable supply of premium ginger products. And we invite potential clients to contact us.”