A year on post Brexit - what does it all mean?

"We all began 2021 thinking something along the lines of “well it can’t be any worse than 2020” - but as we come towards the end of what has been another volatile year, I am not sure our hopes from back in January have been proved right," writes John Giles, Divisional Director at Promar International in a guest post for FreshPlaza.

The UK’s exit from the EU was finally secured at the last minute in December 2020, but left little time for businesses to really get properly organized. The impact of Brexit has been felt across the industry and the COVID pandemic has also caused major headaches for producers, wholesalers, importers, distributors, retailers and foodservice companies alike - as well as consumers. 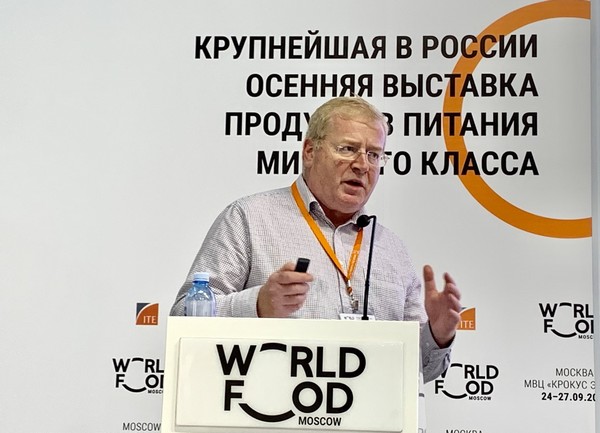 So, what has 2021 seen happening? The answer is “lots” – and just some of these include:

· The issue of staff and labour - right across the supply chain, from on farm through to packing/storage, the onward distribution of products and then at the POS in both retail and foodservice, this has been a major headache all year

· Energy costs - we have seen a tremendous spike in the cost of energy since the September/October period, but none of the fundamental causes of these increases have gone away and we will see these persist into the New Year

· Trade friction with the EU - at the start of the year, we reached a position with the rest of the EU that saw no tariffs and/or quotas on trade. The role of non-tariff barriers, though, has proven to be far more of an issue for UK companies. But what did we really expect? We have, in effect, ended a 40 year marriage with the EU. To expect relationships to be normalized after only a few months was unrealistic. It might be several years before this is all ironed out and we are back on “good speaking terms”. The UK has never been a major supplier to the rest of the EU for fresh produce, but we are heavily linked to the Continent for imports

· Foodservice - boom or bust? Consumers, having not been allowed out for Christmas last year, seem determined to make up for lost time and bookings for pub meals and restaurants are at a high level. Over the next few weeks, however, the likely spread of the new COVID variant, Omicron, might well see them decide to stay closer to home. The foodservice sector will therefore be on something of a knife edge over the next few months or so as consumers decide whether to come out to play or stick at home

· Full circle in new trade deals - in late October, the UK and New Zealand agreed in principle to sign a Free Trade Agreement between the two countries. There is something of an irony in the latest developments in UK – NZ trade arrangements in agriculture and food. Before joining the EU in the early 1970s, NZ and other Commonwealth countries, such as Australia and Canada, were major suppliers to the UK of meat, dairy and horticultural products. Wind forward another 45 years and the wheel seems to have come full circle, as we re-develop the trade relations with these countries again. NZ has remained, throughout this time, an important supplier to the UK - and will likely to be so in the future

· The future - New Zealand’s apple exports are strongly diversified, with significant volumes going to Asia, the EU, the US and the Middle East. In terms of the UK, this is the second most important export market, after the rest of the EU for the NZ industry. As an export market, the UK is then closely followed by the likes of China, and other SE Asian countries, such as Vietnam, Thailand and Taiwan. Russia and India have also seen strong growth in the last 5 years for NZ growers and exporters. The attraction of the Asian markets is still highly appealing, however, and to expect an additional flood of NZ fruit imports into the UK, in the short term at least, looks unlikely

Is it all bad?

So much depends on what happens over the next few weeks with Omicron, of course. Until recently though, some of the banks forecast that the UK economy would recover strongly in 2022 – maybe with GDP growing by as much as 6%. This would begin to make life a bit easier for most in the produce supply chain, including consumers. Some entrepreneurial producers have found new markets in the Gulf and SE Asia. Seasonal worker schemes have been recently extended. The UK market - despite all its challenges – still looks an attractive market with US, German and Russian companies all looking to invest in the retail space.

While the UK fresh produce supply chain has been much more vulnerable than we would like it to have been over the last 18 months or so, and may continue to be so, we must remember it has also shown itself to be very resilient.

Pressures over environmental and sustainability issues are intensifying, with ambitious targets across the supply chain to reduce carbon emissions. Many of the factors we have mentioned here are not going to simply go away. Undertaking a proactive business resilience audit of the business is an essential thing to do. Developing a good sense of your forward and backward supply chain(s) is going to be critical. Sticking close to customers seems more important than ever before.

The UK produce sector hasn’t seen the end of change – indeed, post Brexit, post COVID, we are probably likely to see a new wave of market and consumer trends take hold of the industry. The rest of this decade will also be characterised by the impact of the new trade deals we aspire to sign in the next few months and years, with the likes of the US and India in particular.

John Giles is a Divisional Director with Promar International, the consulting arm of Genus plc and has worked on produce assignments in some 60 countries around the world including the UK, the rest of the EU, the Gulf, SA, NZ, Chile, India, China and SE Asia. He is also the Chair of the annual City Food Lecture.