The Banhoek Valley outside Stellenbosch is about ten days later on its plum harvest than the Western Cape’s early plum areas; the last of the African Rose plums are now being packed.

Next week will be the start of their very first Ruby Dawn harvest, a redfleshed King plum from Zaiger Genetics, which they grow for local license holders Icon Fruit. 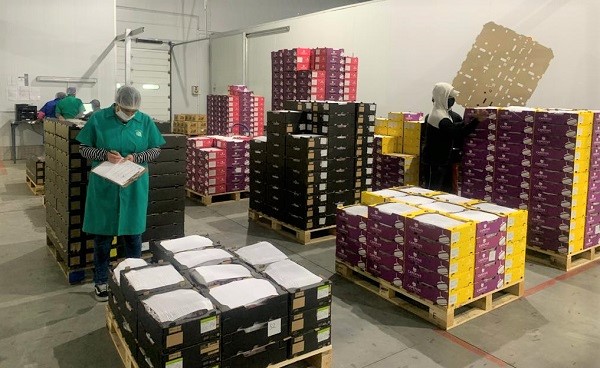 “The size of the Ruby Dawn crop is looking very good, it’s really a very handsome plum,” says Ruan van Graan, managing director of Banhoek Fruit Packers. “The skin and flesh colour is breaking at the moment. It is very important that the flesh has coloured by 50% to 60% before it’s picked, you can clearly see when it has turned. Sometimes larger fruit colour up quicker, so we pick those first, but we’ll see: it’s our first year harvesting it, so we’re taking no chances.”

Ruby Dawn plums travel well so it can take the three weeks to the Far East. Europe is another market for the interspecific plum which, Ruan says, sells itself.

Only South African plums available in Europe, Middle East
In fact, the plum markets in Europe and the Middle East are wide open for South African plums at the moment, with the cold damage sustained to the late Angeleno plums in Italy. On the other hand, winter sales of Southern Hemisphere stonefruit depend on promotional campaigns to stimulate consumer demand. 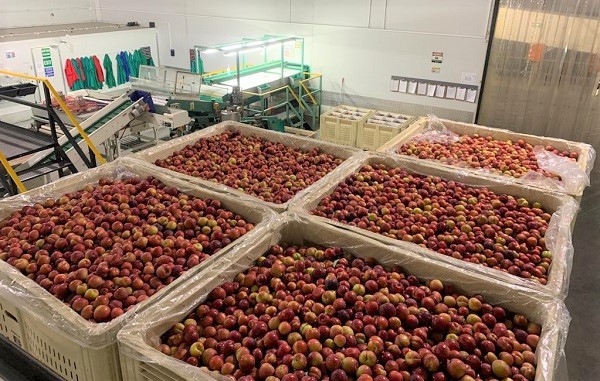 Back in the Western Cape, however, continued showers of rain into summer are very worrying. “For the past two weeks we’ve been getting rain every second or third day and it puts us under a lot of pressure in the packhouse. With every 10 to 12mm of rain the sugars can drop by 1%, that’s an enormous amount, especially on an early plum like African Rose.”

The unseasonally cool conditions also manifest in the sizing of early plums and Ruan expects that there could be a lot of small plums this year, which puts pressure on a small plum market like the UK.

Mid- and late-season plums, which make up the bulk of South Africa’s plums, are benefitting from cool conditions currently but by the time harvesting comes around, growers will be very relieved for a return to a normal Cape summer of dry heat.

Rising input costs become a heavy burden
South African stonefruit growers are under a lot of pressure due to high costs not adequately met by on-farm returns. Fertiliser prices have more than doubled over the past year, while diesel prices have increased by 40% year-on-year.

“We shouldn’t be forgetting about our friend, the exchange rate. It makes a huge difference,” he points out. “It is already 20% up from this time last year, which means 20% of the carton price is covered by the exchange rate.” 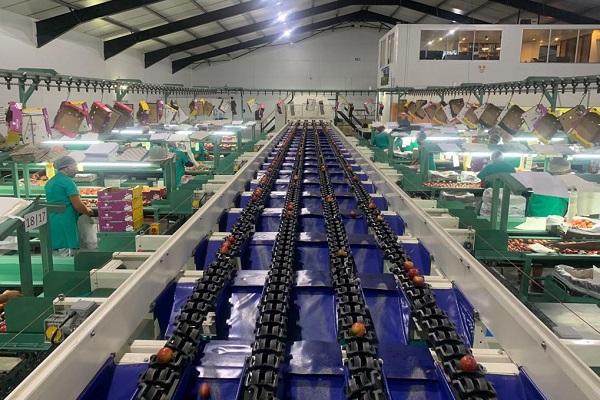 South African plums obtain a premium at UK retailers like Tesco, but a shortage of labour and truck drivers due to Brexit make them cautious, he notes.

“You remember what happened earlier this year around week 4 with the Fortunes and the Laetitias [when two vessels carrying South African plums arrived simultaneously in Europe due to shipping delays] which were basically given away? It will be very interesting to see what happens this season.” 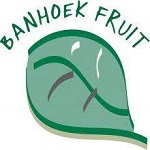