“Our growers in Mexico have more young acreage coming into fruition this year. The supply available to us is double from last year,” says Thierry Delapre with A.M.S. Export based in Los Angeles, CA.

Dates grown in Mexico come from the Sonora desert where the climate and growing conditions are the same as in Bard or Coachella in California. But the advantage is having lower labor costs says Delapre. “In Mexico, dates are also grown and packed differently from California,” he says. 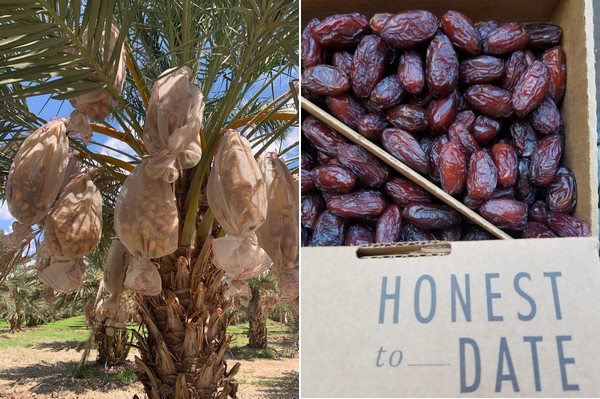 For A.M.S., date clusters are thinned by hand which while reducing the number of dates per cluster which helps the date quality. Pickers also take four to five passes on each palm rather than a more typical two to three time pass--in turn, this minimizes puffy skin on the dates.
The Mexican season began in September and product will be packed through December to hit almost year-round supplies. “Last year they didn’t go year-round but this year they might do it by freezing the dates in storage,” says Delapre.

Christmas, then Ramadan
In terms of demand, supplies are currently going to Europe, Asia and Australia. “And after we target Christmas, the next target is Ramadan which means shipping will begin in January-February. After that, demand cools down a bit for summer,” says Delapre.

Of course shipping internationally right now is challenging. “It’s awful. Everyone in the fresh produce business has the same horror stories on delays and costs. All the costs have gone up,” Delapre says. “You try shipping out of Long Beach and a few days before you load your containers they tell you it’s now shipping out of Oakland and you have to pay to move those containers. Delays people can deal with. But then there’s all the added costs.” 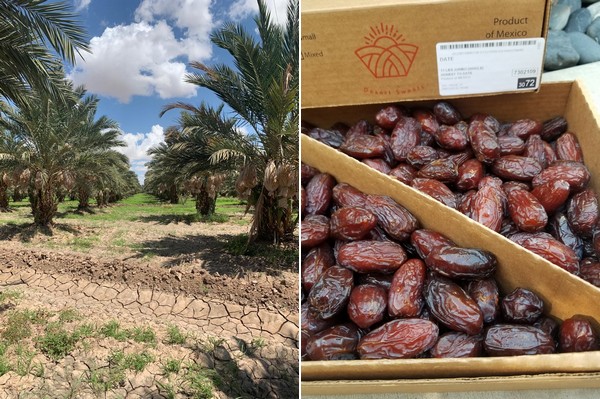 However--even despite the visible line of 65+ ships being seen out of the some ports--Delapre notes that the backlog is largely on imports, particularly from Asia. “Ships that are exporting, yes there are delays and additional costs but it’s not like they’re sitting three to four weeks in the port. You can still somewhat trust the schedule with a few days more or less. Export is better than import for sure.”

Meanwhile Delapre says Mexican Medjool dates are competitively priced. “Overall costs have gone up. But it is definitely the superior quality that gives us an advantage,” he adds.