According to a recent forecast by the Chilean Ambassador in Beijing, Luis Schmidt, economic cooperation between China and Chile is expected to hit a record high by surpassing a $55 billion threshold. The ambassador's prediction has its merits. Driven by an upgraded Free Trade Agreement (FTA) and strengthened cooperation under the Belt and Road Initiative (BRI), bilateral ties have proven highly resilient.

China now accounts for 38.2 percent of Chilean exports, a milestone achievement compared with Chile's second- and third-largest trading partners - the US (16.5 percent) and Japan (7.7 percent), the Chilean stated. While China remains Chile's major trading partner, Chile has become China's major supplier for a range of goods, including fresh cherries, grapes and plums.

According to globaltimes.cn,  a signature product from Chile gaining popularity in the Chinese market is fresh cherries. Between January and October 2021, fresh cherry exports to China reached $1.266 million, up 84 percent year-on-year. 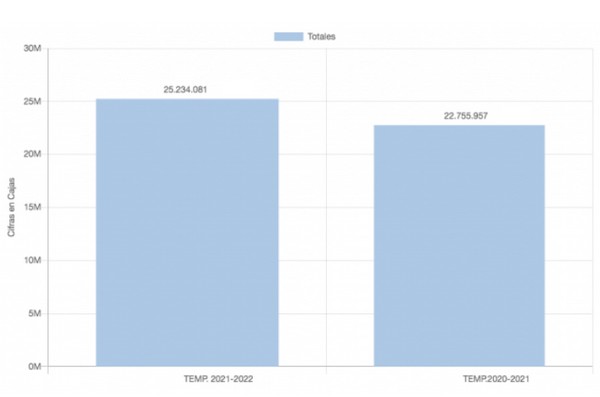