Logistics the biggest hurdle for Peruvian grape growers this season

Good volumes on newer grape varieties--so is the outlook for the Peruvian table grape crop, which is just getting underway.

For Long Beach, CA-based DLJ Produce, its harvest begins in about a week which puts first arrivals in the U.S. between the week of Dec. 13th and the week of December 20th. “We’re starting a little bit later than everyone else because we still have a good portion of our California crop left to go. We try to blend the finish of California and the start of Peru seamlessly, as well as focus on getting enough premium quality, new varieties to maturity before harvesting in Peru and Chile,” says Mike Asdoorian of DLJ.

He says the outlook for the Peruvian crop is positive. “There’s good feedback that the crop volume is good, the quality of the crop looks good as well,” says Asdoorian. Volume is slightly up this season out of Peru because of the proliferation of new varieties being planted. “We’ve got a lot of new varieties and a lot of young vines with more production.” 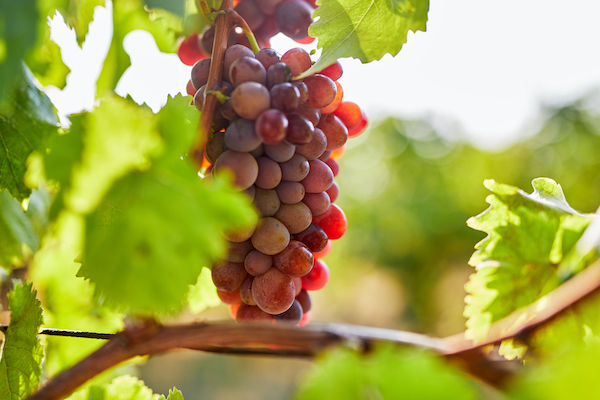 New varieties increasing
Asdoorian notes in general on green grapes, Sweet Globes are being planted more heavily and on red grapes, Jack Salutes and Sweet Celebration grapes. “Those will continue to increase in volumes because of the rotation of planting--older varieties such as Sugraones, Thompson Seedless or Flame Seedless are being replaced with newer varieties with better sizes and better production volumes,” he says.

In general, the Peruvian season will go until likely the middle of March.
Demand is expected to also be good for grapes. “We’ve seen pretty good movement of the California crop which I hope continues with Peru,” Asdoorian says. “Hopefully retailers can get behind the Peruvian and Chilean crops for February and March when there’s the most promotable volumes in grapes.”

The logistics puzzle
Logistics of course also could affect movement, particularly as South American growers’ question how much can be shipped to other countries given the current state of the supply chain.

“I think Peru will mostly be affected by port delays. Going through cold treatment is a 21-day process and once it arrives here in the Long Beach port, which is where we get most of our product out of, it’s been two to three weeks with citrus containers,” says Asdoorian. This increases the possibility of growers avoiding the West Coast ports and sending heavier volume of container vessels to New Jersey or Miami. “The logistics piece is the biggest hurdle facing the crop.”

On pricing, on the front end, Asdoorian anticipates it to be similar to last year’s pricing. “I worry if more volume is coming to the U.S. because of greater crop volume or lack of ability to send as much volume to other countries like Asia due to vessel logistics. If we see that in February and March, the market could be a little flooded,” he says. “However, in general I’m optimistic. The crop is there with lots of new varieties so that should make retailers excited.”