California looks to have an average-sized crop on sweet potatoes.

“We just wrapped up harvest a week ago. We try to get everything out of the ground before the weather gets more extreme in California with the rains,” says Dustin Robinson with Yagi Brothers Produce in Livingston, CA. “Everybody started harvest a little later this year, with the exception of a couple varieties that gapped--those had to start a bit sooner.” 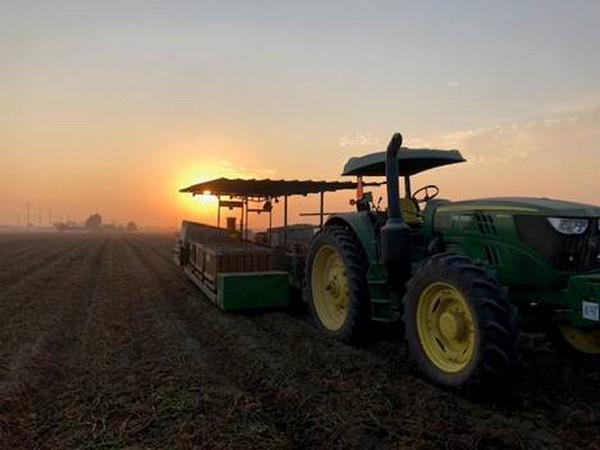 This of course follows a challenging growing season in parts of California which dealt with heat waves for sustained periods and drought. “We drip irrigate here in California versus flood irrigate so we use our water resources more effectively. That said, the water shortages did impact certain varieties. It made the plants search for water--some varieties had lower yields due to that,” Robinson says, adding that the sporadic cold fronts in May and June affected yields more than the heat.

For Yagi Brothers, it hopes to build on sweet potato consumption with a new product this year: the Ben Yagi Purple sweet potato. The organic hybrid Japanese potato is purple inside and out and has more cooking attributes than other purple varieties. “You can even microwave the Ben Yagi which you can’t do with other purple varieties because they dry out. This variety gives you the superfood element of the purples and the cooking attributes of a traditional sweet potato,” he says.

Yagi Brothers is partnering with Charlies Produce Trading Company to launch the Ben Yagi nationally and internationally. “It’s something new to the sweet potato world and there has not been anything new to the category for at least five years,” says Robinson, who notes Yagi Brothers is offering the sweet potato in 20 lb. cartons. “If retailers and distributors don’t book early on this sweet potato as it is the initial crop, they will have to wait until next season. It will go fast. Interest and demand is already out pacing supply for the year, although we will be prorating to get these into as many hands as possible.”

He also adds that Yagi Brothers is increasing acreage for the upcoming crop year and will start harvesting earlier to accommodate the U.S. and Canadian holidays. “I feel demand will be there for it, since it is such a unique produce item that is highly versatile,” says Robinson.