“We take a lot of pride in our operations. For our packing line, we had other companies price out systems but the features of the Greefa system made the difference for us,” says Mike Cornelissen of Twin Creeks Greenhouse in Watford, ON. 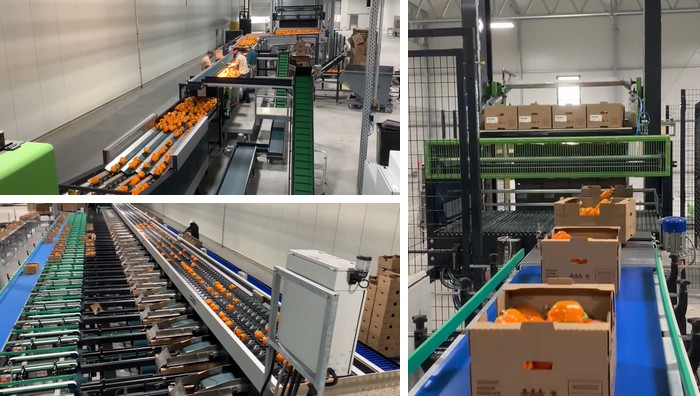 40 acres
Twin Creeks Greenhouse has been producing peppers since 2017, at which point the peppers were packed using a second-hand Greefa packing system. Since then, the greenhouse has expanded to cover roughly 40 acres and include a state-of-the-art packing house, for which Twin Creeks acquired a new Greefa CombiSort sorting, packing and palletizing line. The line has a capacity of seven tons per hour.

“We have a good working relationship with Greefa and like the service that they provide. Their systems have a good layout, are automation friendly and easy to use, and they have a nice esthetic,” explains Mike.

From sorting table to banning
Peppers are first unloaded at the sorting table, at which workers sort the peppers prior to grading. Twin Creeks Greenhouse has 28 automatic lanes and ten manual lanes for grading peppers, which are then loaded into boxes, transported to the palletizer and after automatically banned. As Mike explains, the system flow is one of the best parts of new grading machine. All parts flow and work well together making a very efficient set up.

Greefa CombiSort designed to be low maintenance
With the slogan “The Grading Genius,” Greefa prides itself on developing low maintenance, high-efficiency grading system with quality components that can be easily accessed during servicing. And according to Mike, the system does exactly that.