Alessandro Calderoni, owner of Calderoni Rolando, a company based in Forlì and specializing in the manufacturing of equipment for mechanical weeding, has reported how Eastern European countries are increasingly projected towards sustainable fruit cultivation with a limited used of chemicals, favoring mechanical work. 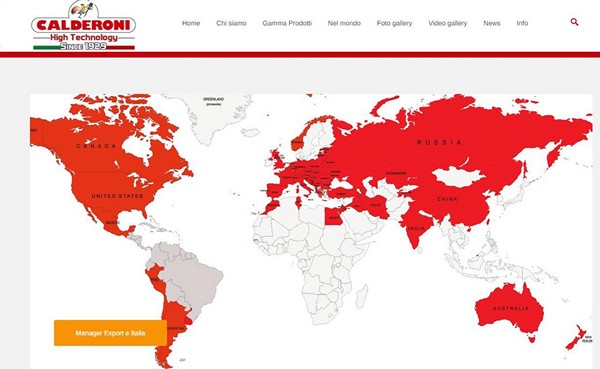 Countries worldwide where Calderoni machines have been exported

"2021 was characterized by a lively demand from abroad. In addition to usual countries like Spain, we have registered a considerable growth in Russia and Ukraine. In these nations, fruit cultivation is growing at a dazzling pace and so is the demand for state-of-the-art technology. Luckily, we are considered among the best companies in the sector." 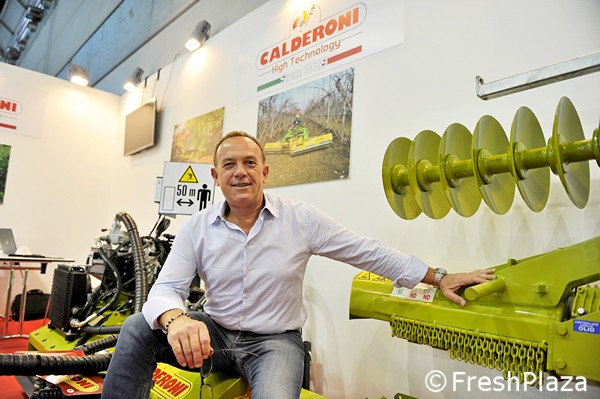 Alessandro Calderoni at Macfrut 2021. The company has been attending the fair ever since the first edition in 1984

The most popular machines are those for mechanical weeding. Bio Rotor, for example, can replace chemical weeding. It is made up of a part that cuts the grass using plastic threads. It is very quick and can also work on hills.

"Over the past few months, we have had to deal not only with the increasing price of raw material, but it has also become difficult to source it. Metal profiles have seen an 60-70% increase and they are not readily available, thus prolonging delivery times."