The Taitung District Agricultural Improvement Center of the Council of Agriculture in Taiwan has developed the technology of "Atemoya Ripening and Whole Fruit Freezing".

Since China suspended imports of Atemoya from Taiwan in September, the industry’s concerns have increased. In order to guide the industry to open up new markets, the Taitung Improvement Center has announced that the technology transfer will be authorized for free until the end of June 2024.

Companies that have IQF rapid freezing technology have been preparing for a long time. In December this year, they will export one 40-foot container to Hawaii, about one or two hundred boxes, and the negotiations for two containers with Japanese clients are also underway. 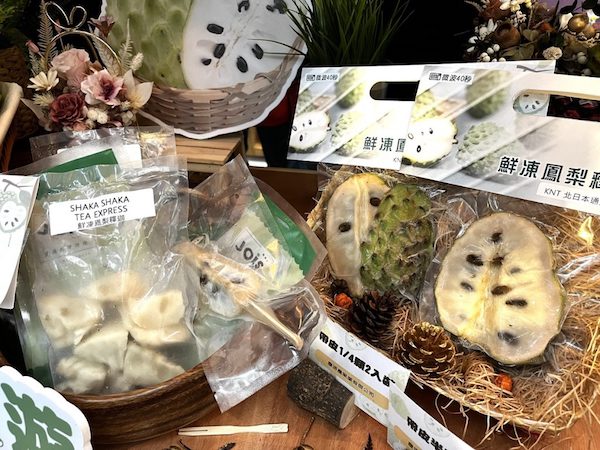 At the end of December, Qingde Agro-Fruit Company will export one 40-foot container to Hawaii, containing about one or two hundred boxes of frozen Atemoya. (Photo/You Shengfu)

The two technologies for Atemoya ripening and whole fruit freezing at the Taitung District Agricultural Improvement Center, use the principle of post-ripening of the fruit. The fresh fruit will be soft-ripened once within 3 days of harvest and then frozen, using the rapid freezing technology at minus 40 degrees Celsius, which will not damage the cell structure of the pulp, and the taste will still be the same as that of the fresh fruit after thawing.

The surface of the fruit often retains an emerald green color. Chen Xinyan, the manager of Taitung Improvement Center said that the ripening and whole fruit freezing technology has been announced for free authorization, but the applicant companies must have IQF (Individual Quick Freezing) freezing, ripening, antibacterial treatment and packaging equipment, before the technologies can be transferred. 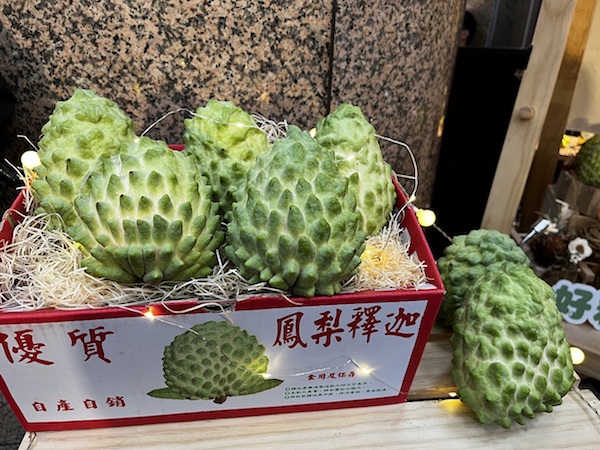 Taitung Atemoya will enter the production season in December, and the fresh fruit freezing technology will open up the export market for domestic Atemoya. (Photo/You Shengfu)

The target market of whole-fruit frozen Atemoya is targeted at countries such as Japan and South Korea. The core temperature of the Atemoya should reach 0 degrees Fahrenheit and minus 17.8 degrees Celsius to meet Japanese regulations without inspection.

Huang Rongyu, a fruit-freezing processing industry insider and general manager of Guannan Biotechnology Co., said that the consumer market is a niche for convenience. The cut, frozen Atemoya has a considerable market potential. When the fruit is frozen, the supply, production and sales can be adjusted throughout the year. It can also enter the global market and the crisis of suspension from mainland China can be turned into a gamechanger. 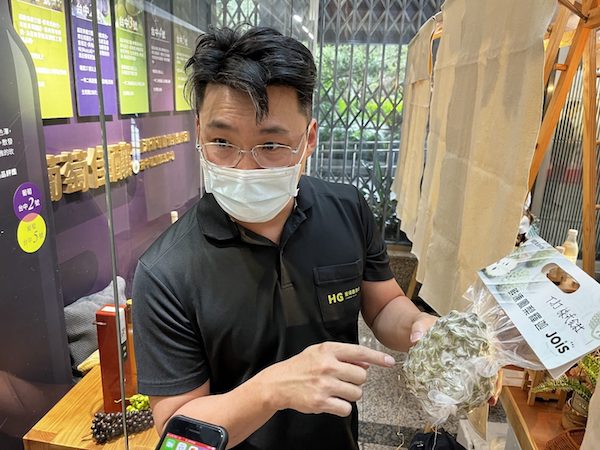 Xie Xiangjin, deputy general manager of Qingde Agriculture, said that three Japanese companies want to order 2 containers of frozen Atemoya with whole fruit, hoping to deliver them in December, but he still has to decide on the situation of the fruit supply. (Photo/You Shengfu)

Qingde has 110 grams of frozen Atemoya in small packages that are manually de-seed. They are ready to be used in Hawaiian beverage stores. Xie Xiangjin said that the United States has high prices for fruits, a shortage of labor, and high food waste disposal costs. Therefore, processed frozen fruits are in demand. In addition, small-package products can be used in chain beverage stores without weighing to make a smoothie.

Xie Xiangjin said that Hawaii cannot import fresh Atemoya, but there is no quarantine or inspection problem after freezing. Qingde will export to Hawaii for the first time with a 40-foot container at the end of December. There are 5 local beverage shops and 2 or 3 supermarkets who want it urgently. I00-200 boxes will be set aside for them to test the market; 3 Japanese clients also ordered 2 containers of frozen A-level whole fruit (the best quality) to be delivered in December.