Supplies of dragon fruit are seeing a bit of a transitional period right now. 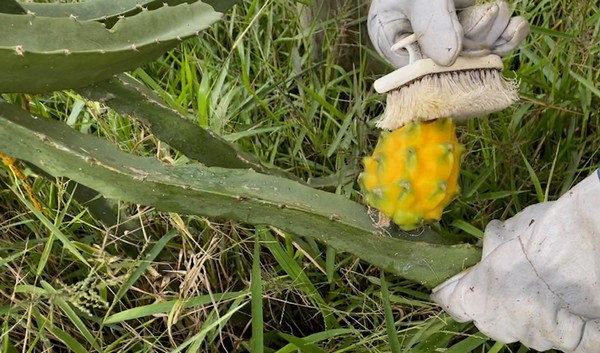 By mid-December, an uptick in volume of yellow dragon fruit is anticipated.

White dragon fruit: Florida is ending a challenging season on white dragon fruit that saw lower production. “We had more rains than seasonal so that affected volumes from Florida,” says Andres Ocampo with HLB Specialties in Fort Lauderdale, FL.

However, transitioning began two to three weeks ago to Ecuador for supplies. “Volumes are picking up and they’re expected to continue to be strong through December and into March,” says Ocampo. He notes that Ecuador seems to be having a more ample season this year.

At the same time demand is growing on both types of dragon fruit. “The item is transitioning from one that’s very exotic and only found in Asian and ethnic markets to becoming more available in the mainstream,” Ocampo says. While this trend began pre-pandemic, throughout the pandemic consumers have shown greater interest in not only produce but a wider variety of it which seems to have benefitted dragon fruit consumption. 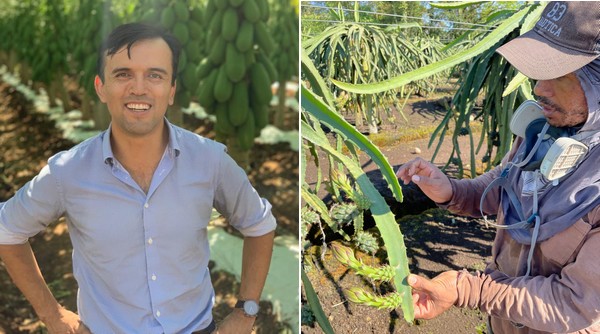 Catching the eye of retailers
“That’s enticing supermarkets to get more adventurous in terms of sourcing. More and more retailers are gearing towards these items and we expect that growth to continue into next year,” Ocampo says. “We have big retail clients carrying yellow dragon fruit for the very first time and seeing lots of growth in that category. We are very excited to be part of their tropical program and continued success.”

Of course--as growers-shippers around the world are seeing--that increased demand is coming up against logistical challenges in the form of container delays, lack of air freight space and more. “Now that we’re entering winter, there’s increased demand on air freight from South America into the U.S. for berries specifically. That’s more pressure on the already weak availability of space,” says Ocampo.

However, with passenger travel increasingly returning, there’s hope that will offer more shipping options. “But we’re also hearing that due to port congestion worldwide, some of that cargo is moving to air. The higher paying freight that can absorb increased costs of air is going there. It’s putting additional strains into the already scarce space,” adds Ocampo, who says he believes the issues will continue at this level for the next two to three months at least. 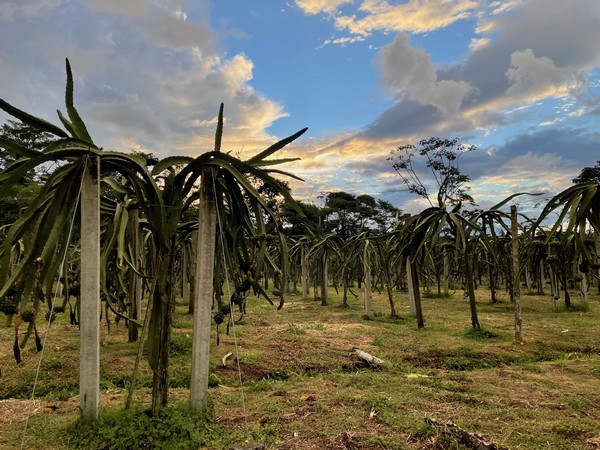 Ocampo says dragon fruit is a fruit that comes in flush--the seasons are short and strong.

And at the same time, pricing is higher on dragon fruit than this time last year. “Dragon fruit is a fruit that comes in flush. The seasons are short and strong so sometimes we get pricing that gets squeezed down because of excessive volumes,” Ocampo says. “But this increase interest from supermarkets is helping offset those big flushes of extremely low pricing.” For instance, yellow dragon fruit traditionally sees low pricing at this time of the year and this year, because of the recent high volumes available, prices had been down. “But it wasn’t to the level we saw last year. Once volumes stabilize a bit, prices will come up,” says Ocampo. “Regardless we expect prices to stay moderate for the next few months due to the high volume. But overall prices can’t go down as much because the costs have gone up so much. It’s difficult to push prices below certain levels.”