Neubauer Automation has been active in the automation of processes for 20 years and is the world market leader for fully automatic asparagus sorting machines. Particularly popular is the Espaso asparagus sorting machine, which has already been purchased by 1000 customers worldwide. We spoke to Fátima Plascencia about both the Espaso and other products the company will be presenting at expoSE. 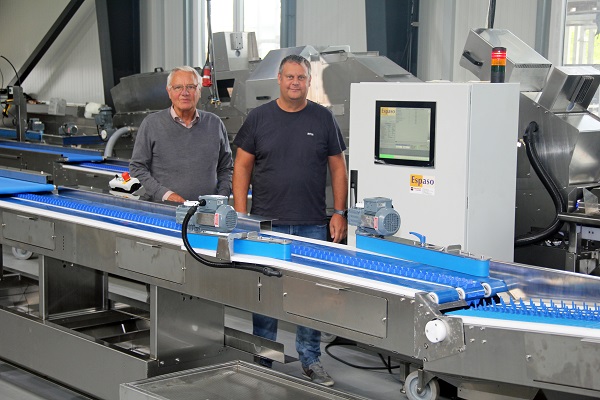 The Espaso S12 Standard, Neubauer's smallest machine with 12 sorting compartments, is particularly suitable for small businesses that want to work efficiently and economically. The larger Espaso S16 to S60 models have more sorting outputs and can be equipped with integrated scales, if so desired. 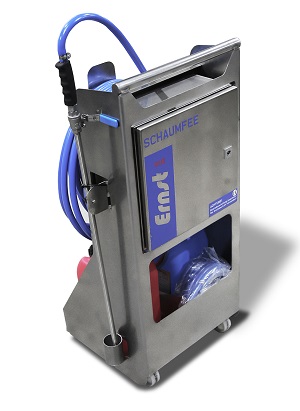 customer to perform the two processes of sorting and weighing in one operation, saving costs," Ms. Plascencia informs us. Both an Espaso S12 standard and an Espaso S24 with weighing unit and newly developed lay-up technology will be exhibited at expoSE. But asparagus bundling machines, such as the Aspapack, are also in high demand, she said. Other products that will be on display at expoSE include accessories such as a removal tray, scale table and Schaumfee, among others. "The Schaumfee is a device used to clean our machines without any problems. This was suggested by requests from our customers. In addition, we present various technical variants such as a second cutting and pre-washing unit, which is particularly interesting for our customers from Germany," says Ms. Plascencia.

Solutions for current problems
In Germany, Neubauer Automation OHG focuses on the asparagus season from April to June, when it sells and adapts its machines and implements orders from its customers. "Our customers are increasingly experiencing problems with labor shortages, caused in part by increased labor costs. As a result, they have either had to end the season much earlier or leave their fields unharvested because there simply wasn't enough staff. Here we are trying to counteract the shortage of personnel through further automation. In addition, countries such as France and New Zealand are already doing away with the use of plastic, which is why we also have to adapt our machines, for example in our bundling machine with regard to the use of biodegradable yarn."

was also pleasantly surprised by the good sales the company has been able to bring in this season. "We don't have too many machines, as we work to orders. For this season, we thought that some customers would drop out due to the current situations. Surprisingly, many customers were also willing to invest more to better prepare for existing and upcoming problems."

While the main market remains in Germany, the company also has a presence in countries such as France, Italy, Canada, Peru, as well as Mexico, the U.S. and New Zealand. Among these, the Espaso is the best-selling machine. "This year we have even been able to sell our 1000th machine. We can congratulate the customer personally at expoSE this year."

Machines made to customer requirements
The machines are customized and developed according to the given conditions of each country. "Since we could not visit the customers abroad directly because of Corona, we had to do a lot of things remotely. We have developed appropriate software to simplify cooperation with customers."

Neubauer Automation is clearly pleased to be able to participate in expoSE. "We are used to being at three to four trade shows a year. And we're looking forward to exhibiting again and meeting our customers. Online conferences simply can't replace a face-to-face, on site meetings. And of course, it's also important for us to hear from our customers at the trade shows about what we can improve or where there may still be gaps. Especially since our customers also give us new ideas." As a solution to the lack of manpower, Neubauer Automation is currently working on projects to further automate asparagus processing.

Visit the company at expoSE in Hall 2 at Booth K15.