From October 26th to 29th 2021, the banana sector came together in Guayaquil, Ecuador, in order to attend the 18th International Banana Convention. The event was organized by AEBE (Association of Banana Exporters of Ecuador). French exporter Alpex attended for the first time. Michel Marchetto, sales director of Alpex, claims that the convention was the opportunity to take the pulse of the entire banana sector. “The many conferences organized throughout the event brought a lot of food for thought regarding the prospects for tomorrow.”

Potential markets
“As the world’s leading exporter of bananas, Ecuador must establish and re-establish commercial agreements with potential markets, especially with China. South Korea and Japan are other important potential markets, followed by Russia, with which Ecuador has lost its GSP (Generalized System of Preferences) that Russia gives within the Eurasian Economic Union that it leads.”

Rising costs
The rising costs of raw materials was another key point of the convention. “These include packaging costs and disruption of the supply chain, such as the shortage of containers worldwide or the explosion of maritime freight prices. As an exporter, our main concern remains the immediate effect of the lack of maritime space and the numerous negative effects this can have on the markets,” explains Michel. 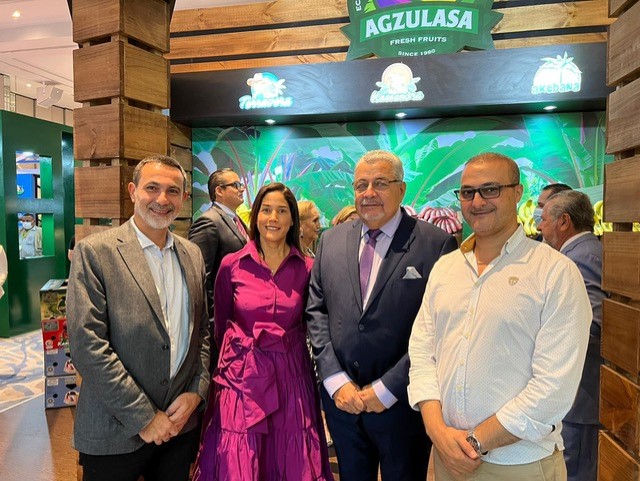 Pests and diseases
The threat of pests and diseases on the banana crop is always present. “It would be advantageous for Ecuador to cooperate with neighboring countries, especially Colombia. With a regional agreement, they can share their experiences and learn from one another.”

“Due to the requirements in terms of certifications, production costs are on the rise, especially because of the replacement of chemical molecules banned by the European Union. Supermarkets refuse to pay additional costs. In this regard, producers from Ecuador, Colombia, Guatemala, Honduras, Panama, the Dominican Republic and Costa Rica, signed the Great Regional Agreement for Shared Responsibility on October 27th, with which they can ask European, British and American supermarkets to revise their prices in accordance with the increase in global costs which would help achieve sustainability. Since we are going to launch our own brand on the Algerian market, we give more and more importance to the problems faced by this production.”