The Protected Designation of Origin (PDO) Granada Mollar de Elche has officially kicked off the campaign with a ceremony featuring journalist José Ribagorda, editor and presenter of the weekend news of Spanish TV sender Telecinco. 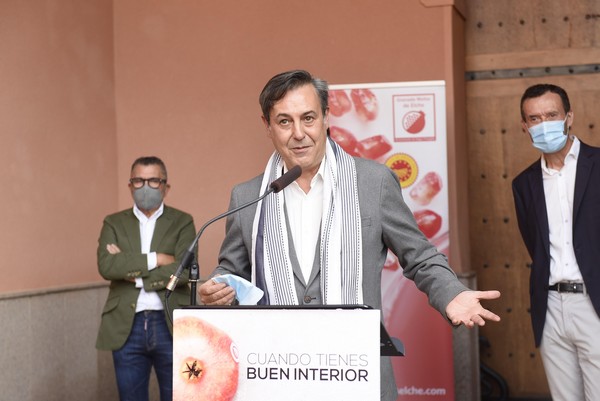 The event, held on a farm in the hamlet of Las Bayas, was attended by the mayor of Elche, Carlos González and the president of the Provincial Council of Alicante, Carlos Mazón, as well as by members of the municipal and provincial corporations, various representatives of civil society and sponsors of previous years, the master pastry chef Paco Torreblanca and chef Susi Díaz.

The event served to highlight the sector's good prospects for the 2021/2022 campaign in terms of quality and production. 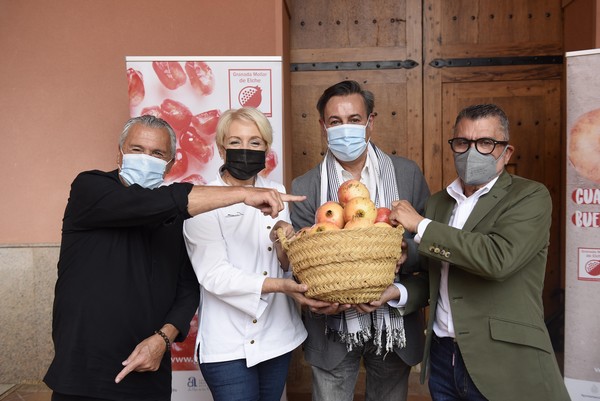 Francisco Oliva, president of the PDO Granada Mollar de Elche, said that in the geographical area of the PDO, the prospect is to harvest about 50,000 tons; a similar volume to that of previous years. There had been production losses due to the rains during the flowering in spring, but this has been offset by young pomegranate trees that were planted years ago and are becoming increasingly productive.

Of these 50,000 tons, the first and extra class pomegranates registered at the Regulatory Council will be sold under the seal of the Designation of Origin. An increase in certified pomegranate volumes is expected due to the growth in the area registered under the PDO, the incorporation of new certifying companies and the good quality of the Mollar pomegranate from Elche.

As regards the fruit's size, it will be smaller than in recent years, but the quality should be up to the PDO's expected standard. 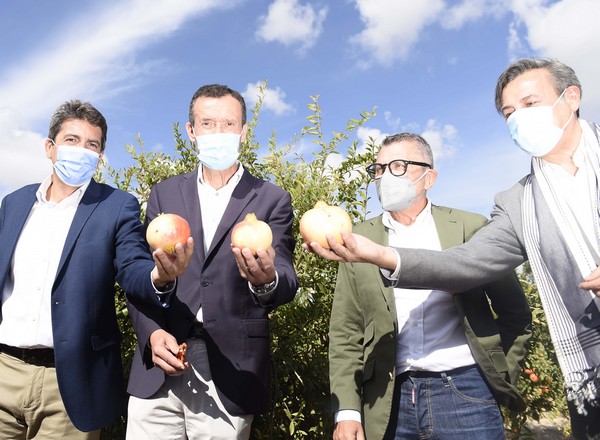 The fruit is harvested during the month of October and the marketing period extends approximately until January.

The Mollar pomegranate from Elche is characterized by its sweet flavor, its soft, edible seeds, and its external color (which is not as red as other varieties), ranging from cream to deep red, depending on the tree's exposure to the sun. The Mollar de Elche pomegranate has been marketed under the seal of the Protected Designation of Origin, which guarantees the quality of the fruit, since January 2016.