Madrid 2021: a positive outcome that encourages optimism for Berlin 2022

Italy gains ground in the European fruit and vegetable sector

"The 2021 edition of Fruit Attraction, held at Ifema in Madrid, Spain, was concluded with an extremely positive outcome," said Head of Internationalization and Fairs of the "Centro Servizi Ortofrutticoli" (CSO Italy) Bianca Bonifacio, which was attending the event with its member companies. 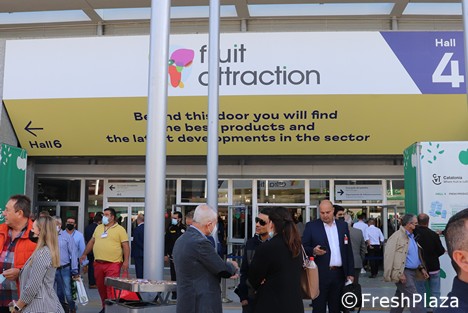 The majority of this year's Italian exhibitors were in Hall 4. Click here to access the photo album

"This edition of the Madrid fair has turned out to be above our wildest expectations. Our members are all satisfied, not only because they had the chance to see our historical customers again, but also because they had the concrete opportunity to make new contacts that are now starting fruitful business relationships", said Bonifacio. 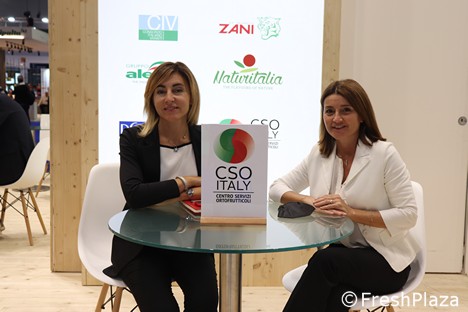 Simona Rubbi and Bianca Bonifacio. The latter has released a declaration contained in this article

"These were three days in which we breathed a climate of trust that had already begun in September, in Italy, at Macfrut, which marked a new beginning for the trade fair sector of the international fruit and vegetable sector. Fruit Attraction is confirmed as an international

exhibition event, which should not be missed. The trust placed in us by our members has been absolute, to the extent that we met the attendance statistics recorded for the previous 2019 edition". 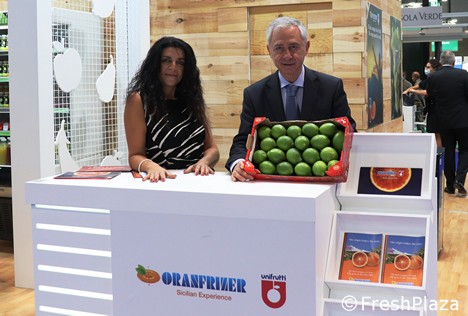 Besides CSO, there were Ortofrutta Italia, Italmercati or ITA - ICE (Institute for Foreign Trade). Within the latter were present, among many other exhibitors (click here to see the photo album), Unaproa, Oranfrizer- Unifrutti, OP La Mandorla.

Many companies also had their own stand, such as European Fruit Group, or OP La Deliziosa, which also hosted a show cooking with typical Sicilian products grown by the company. Prickly pear juices of Sicilio brand also stood out. The OP attended the Madrid event with the project I love Fruit&Veg from Europe, funded by the European Community. 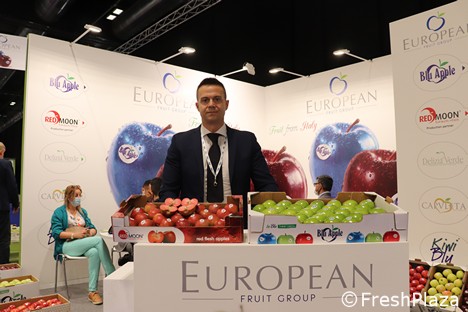 Madrid has represented an opportunity to bring together those operating in the field, such as the Contact Group of Tomato or that of table grapes, to address issues such as the harmonization of pesticides. Great importance was given to the forecast of the 2022 campaign. 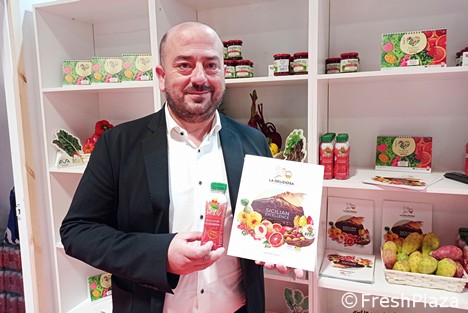 Madrid: a valuable opportunity for meetings between operators

Considering that the Italian region with the highest rate of varietal conversion towards seedless grapes is Apulia, which has increased from 20% to almost 40% of the surface, Italy remains the first producer of grapes destined to consumption in Europe, with more than 59% of production and the seventh producer in the world. The 20% of this production, in the Italian market, is 200.000 tons, while more than 500.000 tons are commercialized in the European market, in particular in Germany, France, Poland, Spain and Czech Republic. The remaining 30% is marketed outside the EU such as Arab countries, Middle East and Canada.

As of the 2021 season, the number of hectares in Italy is estimated at 47.000, 30.000 of which in Apulia which, therefore, holds more than 60% of the national surface, followed by Sicily with 15.000 hectares, Latium with 1.000 hectares and finally Abruzzo and Basilicata with 500 hectares each. In general, the production remains stable compared to the last season.

This surface leads to an estimated production for the current season

of about 1 million tons, that is 20% more than last season, with a prevailing of 60% seeded and 40% seedless grapes. The estimate is that in the next two to three years there will be 40% of seeded and 60% seedless grapes. The main cultivars with seed are Victoria, Italia, Red Globe, Palieri, Pizzutella and Regina, while the cultivation of more seedless patented varieties is growing. 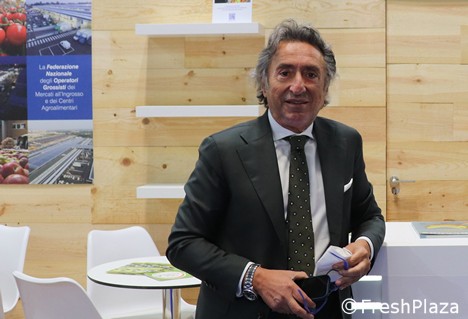 Also worthy of note was the VI congress of COEMFE, the National Confederation of fruit and vegetable wholesalers of Spain, with which Fedagro has a cohesive and constant collaboration. The President of Fedagromercati, Valentino Di Pisa, spoke on the subject of the future of wholesale markets and concessions.

"I believe that a national system strategy managed by a central body, but with the participation of local authorities and also private individuals would be necessary in Italy as well. This would favor the growth of the sector and reduce some of the problems of our industry, such as the excessive fragmentation and differentiation of structures and management policies, as well as the high number of markets that, without a doubt, deserves a careful reassessment," said Valentino Di Pisa during his presentation.